This months brief from Bane at Goth It Yourself. It's about favourites, so my favourite activity is sewing. I tend to use the same sewing patterns over and over again, Over a couple of years, my taste in clothing has changed where I've found I tend to prefer wearing knee length skirts and in a simple a nu-goth style or least my interruption of it. 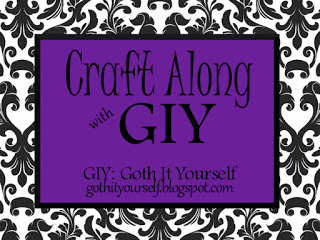 This has been my favourite skirt pattern. The flouncy bouncy skirt, which was a free pdf sewing pattern. I love this sewing pattern it's so complimentary to my shape and I think, I've made at least six to seven skirts in the last two years. It such an easy pattern to sew, even  for newbies it literally a yoke and to half circle patterns. 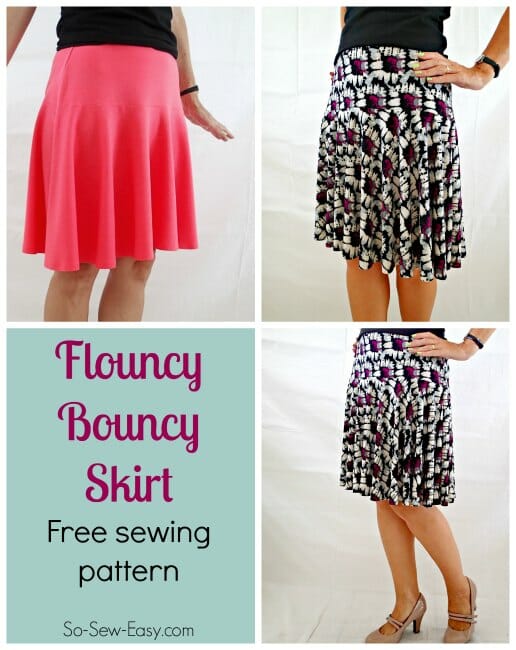 
Another thing, I love about these skirts they are relative cheap to make as it only requires about a metre of fabric. If the one thing I love its a bargain  I included pictures of the skirts and me wearing them to show what they look like.

This was the first skirt I ever made using this pattern cost £2. It embossed rose pattern looks like PVC but its actually lycra. 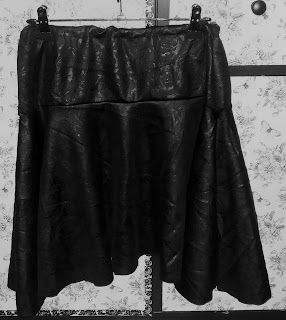 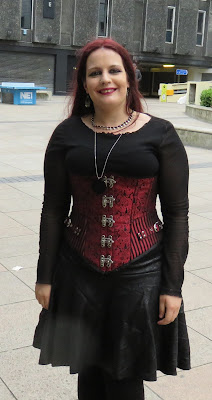 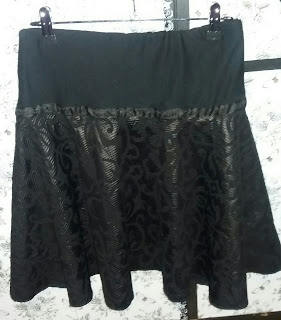 The fabric was such a bargain and was a great find from an Asian fabric store in Bradford. it was only t£3 pound a metre and sits fantastically. 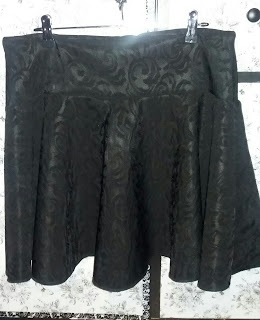 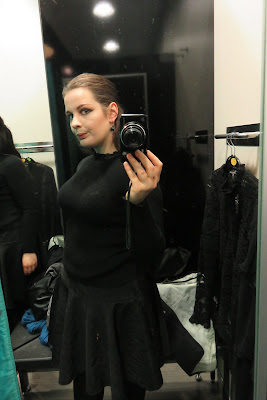 This is upholstery fabric, it looks like a snakeskin it sits really well I love the stiffness of the fabric. this another bargain at £2 per metre. 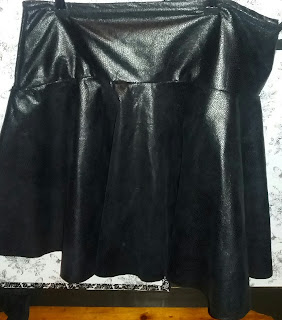 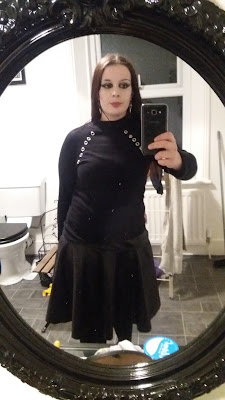 I think this one is my favourite. For the yoke, I used upholstery velvet someone placed in the bin at sewing class. I used the half circle skirt with fabric from Malta. I used trim I had for years I love the contrast between the fabric. 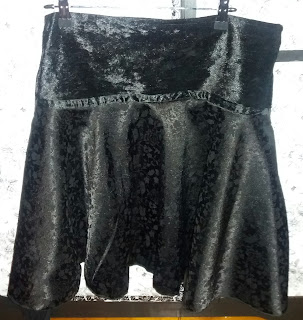 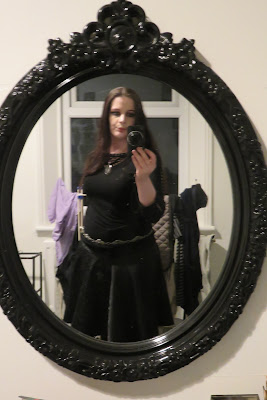 This is my latest skirt I made this month . I used a swirly  scuba fabric coast £4 per metre 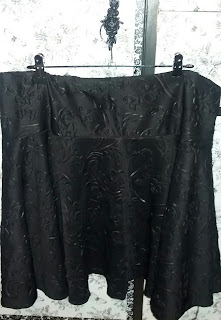