Faries Lurking At The Bottom Of The Garden

This months assignment from Bane has been based on the outdoors. So, the task has allowed us for free rein. I think subconsciously,  Bane has inspired to do some mini landscaping of my own. 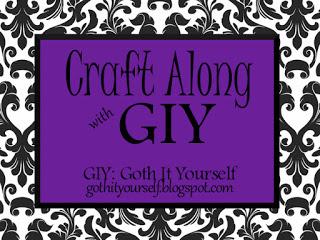 We do have a pretty little front garden, which is narrow. Originally, I wanted to rip out the entire garden up,  I opted and decided to cultivate it and let nature take it's course as it has a slight cottage feel in the suburban area.

For a while, I wanted to create a small pathway, as I have had a load of slate and stone storing away, it's best not to ask. I finally grabbed the bag and created a rocky pathway. This was really was easy to do,  I didn't lay any tarp,  all that was require brute strength to lay out the path. They already seemed to be a natural walkway, so I followed this. I forgot to take a before photo, doh!. 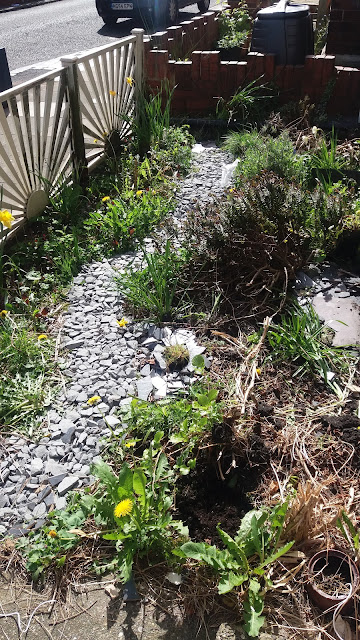 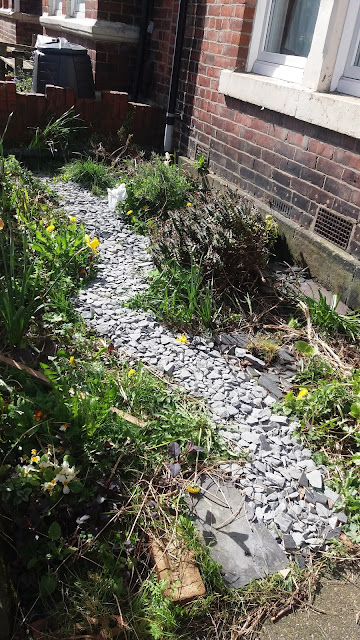 Then I had a bit of a muddy scrub land that looked messy. I used some Cotswold stone, again lying around. I laid this out stone out and spread it around in the area it looks prettier. Now, the greenery is coming and starting to look like a bit of a fairy garden. 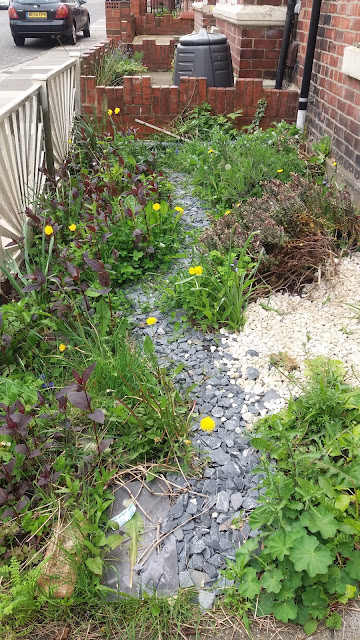 I wanted something to be at end of the pathway; I've thought about purchasing a bird bath. When I went to BM Bargains, I saw a fairy bird bath,  I wasn't sure how whether it would look tacky, yet I decided to purchase it and have it lurking at the bottom of the garden. 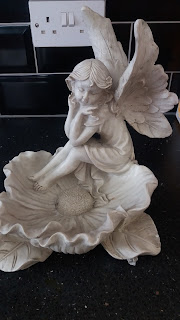 I think it looks quite sweet sitting at the bottom of the path.

I also purchased this little rock for £2, but I loved the butterflies. 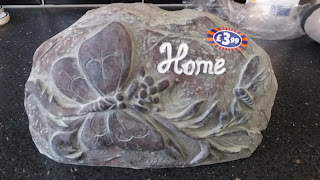 This is the final reveal 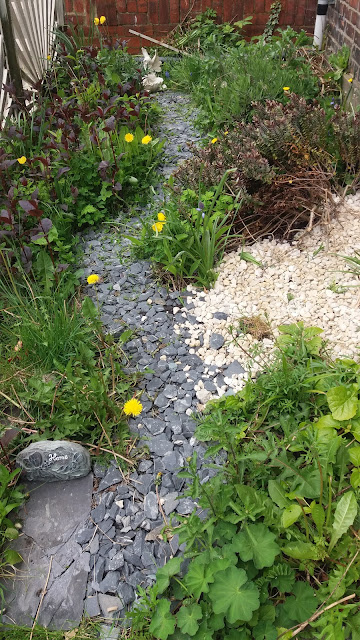 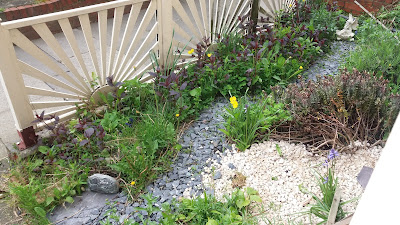 I am not quite finished with the garden but will add accordingly I plan to plant marigolds into the garden, once fully grown. 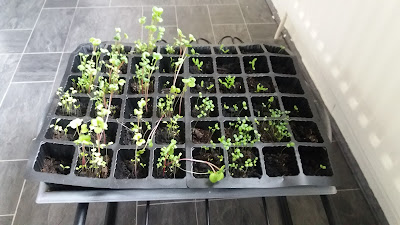