My Birthday and Raby Castle

Last week was my 28th birthday eek, I'm getting older. Over the last few years, the boyfriend and I have started a tradition of going away for my birthday. This year, I wasn't sure if we could carry on the tradition since we've purchased the house. Yup, we had enough in the budget for a few days away, it's meant staying local. The itinerary has included visiting the Boyfriend's Mum, who lives a mile outside of Barnard Castle. It's lovely peaceful retreat living with views of sheep and rolling hills. The second part has included two nights is Gothic literature's favourite North Yorkshire seaside town of Whitby.

Despite it being a not a huge distance from Newcastle. It's amazing spending time with the boyfriend, and getting away from the role of projecting managing and an official painter and decorator.

We left Saturday, afternoon to meet his Mum in the nearest train station. On the way, we stopped off for a light lunch that filled me up. Afterwards, we headed to her house, where we sat catching up with each other on all the latest events. For her, the biggest surprise was finding out about the house.


Saturday night we headed into the Barnard Castle for an Italian meal that we've been previously it was lovely. This time, the meal was reasonable but not as delicious as the last time we went.


I did fall in love with the restaurant décor paralytically the beautiful ornate chandeliers and the faux brick wallpaper with the slight Victorian arch leading to the bathrooms. 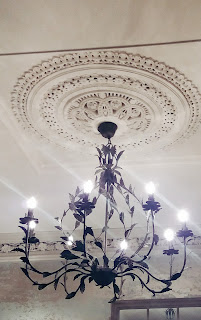 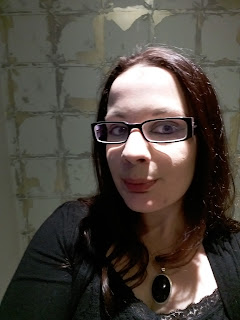 Well, Sunday was my birthday, the day was a simple affair with no fuss and a few birthday messages from my social media accounts. To be honest, birthdays don't install me with the excitement as the used when I was a kid. I'm not sure if it's because I'm getting older. However, it still was a lovely day.

Finally finding some signal, I suggest itinerary a couple of places his Mum who stated they weren't interesting. She recommended visiting Raby Castle as it was the best local places of interest to see and was only a short drive.

I've past Raby Castle, many a time with my dad when we've been venturing into the middle of nowhere. I've alway been curious to see what's inside. 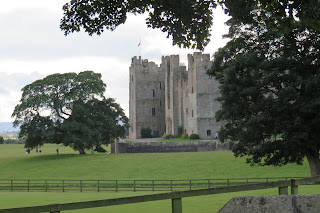 Originally, the Castle grounds was manor that was the Neville family. In the mid-1300's John Neville started rebuilding the manner into a fortified Castle with permission from the Bishop of Durham. The Mother of King Edward IV and Richard III, Cecily Neville was born in Castle. The Nevilles had always been devoted Catholics,

In 1559, Charles Neville along was a leader in creating a rebellion in the North against Elizabeth I in support of the Catholic Queen, Mary of Scots. The rebellion failed and Neville escaped into exile while other rebels were executed. As a consequence, the Neville lands were seized by the Crown, and in 1625 Sir Henry Vane the Elder purchases the Castle and extensive grounds.

The Vane family throughout the centuries carried out renovations thought out the Castle of adding a Georgian gothic style entrance hall and the octagonal drawing room. ( Source )
Unfortunately, photographs weren't permitted to be taken in the interior of the Castle (She grumbles, I get frustrated when you are unable to photograph because of a whatever reason. ). Some of the interiors were amazing a lot of house had variations of styles from Victorian Rocco inspired lounge, Georgian Gothic Revival great hall, arts and crafts stairway and

medieval chapel painted with medieval inspired in the chapel .


After walking around the interior and ogling at the many fireplaces. We went out to walk around the back of Castle around the Victorian battlements eagerly photographing everything where possible.

Here are some of my photos of the exterior. The weather starting to look very ominous with cloud but it did create an interesting impact on a couple of my photos. I find the grey cloudy weather produces the best light for photographing. 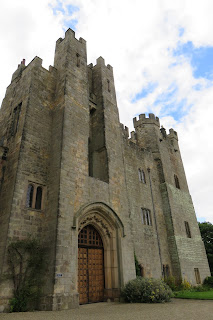 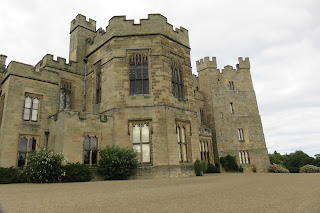 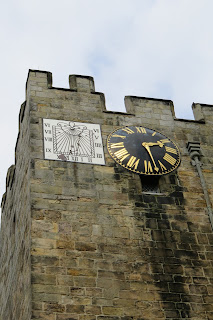 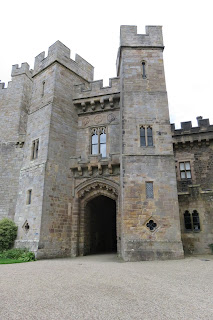 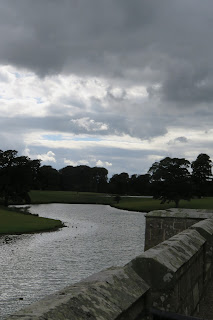 I think the best think of the day was getting a couple of good photos of me and the boyfriends. 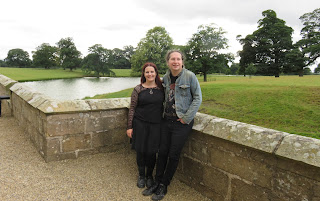 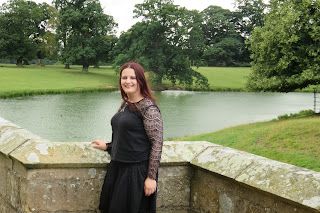 While walking around the Victorian battlements you could see the deer around the grounds. One of the most interesting was a white deer that made think of the White Hart legends. The Celts believed White stags were messengers from the other world. For Christians, the white hart was Richard II adopted the white hart as his emblem with a jewelled crown around its neck. 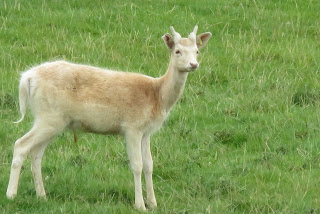 Afterwards, we had a walk around the 18th-century gardens which look like a very quaint English gardens with a rose garden (very English), a kitchen garden and a small water fountain. Coincidentally, the sun decided to grace with its presence. 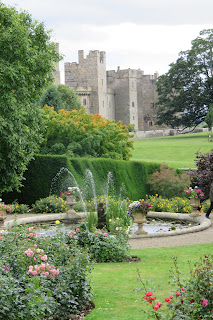 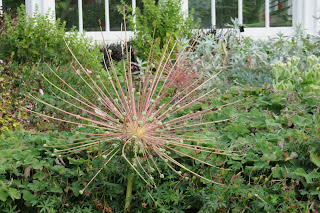 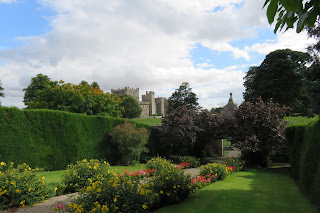 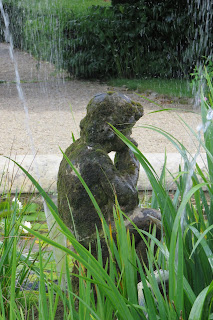 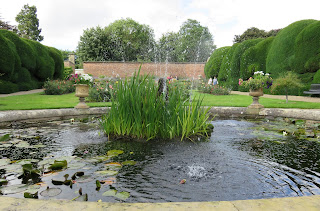 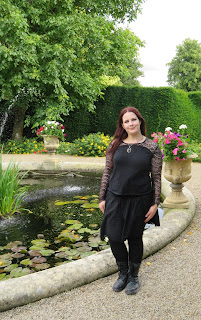 In the last couple of years, I've started like taking photos of bees and other bugs. I've been wanting photograph butterflies these have been very elusive as the tend to be very flight and dislike being disturbed. Where I have a number of bee shots in comparison to butterflies their so chilled out when collecting pollen from my experience as long you respect their space the not bothered. When I was fortuitous to get not just one but serval good shot of the butterflies in the garden I was stoked it definitely made my birthday along with the carrot cake.

Not one but two butterflies in photo 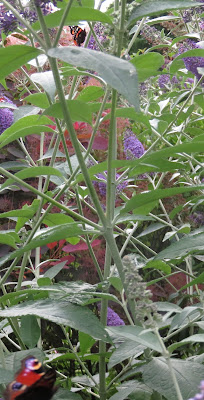 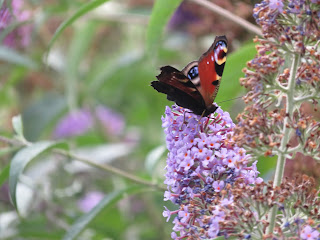 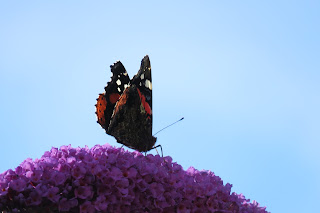 The boyfriend looking slightly too happy cutting the cake 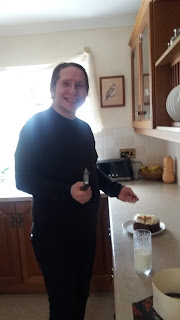 Returning back from the Castle, we sat down for a cuppa and some carrot cake. 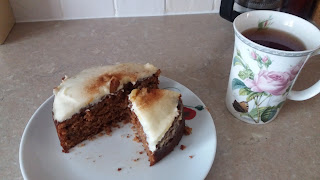