This week at work has been incredibly stressful, but fortunately, on Wednesday, it was the 40th annual Newcastle Beer and Cider Festival, so I've spent three days sampling different ciders. I posted last year about my first beer and cider festival.


The festival promotes Camera's ethos of championing the traditional methods of brewing beer. The festival allows people to taste different and unusual beers and ciders that wouldn't normally be served in this part of the country. The event was held over four days. Starting from Wednesday until Saturday. The festival separates into the beer bar serving over 140 varieties. The upstairs bar served 48 different ciders and perries, personally meant I only enjoyed a small selection since I love cider.


The event started on Wednesday night with only a few people attending so I started on the ciders and we met up with a few friends. Discussing the different drinks and sampling each others in an attempt to decide what to drink. Wednesday night was the most pleasant due to the lack of people.


I frequently review the proper cider I'm drinking but on Wednesday evening, I wasn't particularly interested in reviewing. I managed to post one.


Thursday was the most fun day; I arrived at the venue at two o'clock. Everybody was enjoying a spread of food. I had packed a flask of Earl Grey tea, egg mayo sandwiches and baked scones. My scones got the thumbs up and many compliments. I started chatting with the knowledgeable "Cider Tarts" on which cider to start to try, so I was advised on the Moonshine and opted for it.


On Thursday, everybody was donning hats as Thursday tends to be silly hat day. The hats are sold by a local charity to raise money. The table I was sitting with the group of people had already bought a couple of posh hats resembling Mother of the Bride.


I went to the hat table where I started looking at a variety of hats and the charity volunteers suggested a couple. I selected three and the vendors suggested another went to look in the mirrors. The boyfriend came over to investigate what I was up and asked if I had chosen one. I explained I chose four the boyfriend said you only need one. I defended stating I liked all of them and it didn't matter. I even got some support from the sellers who explained it not about need it's about want. I think he knew he was out of his depths and disappeared to get another beer. He came back asking if I had chosen one and I said no, so he got something out of his pocket and bought the hats. He's lovely really.

I went back with the hats everybody commented on them. Everybody started trying them on I'm so fortunate as I suit hats and all they suited me. Even the boyfriend got into the spirit of Silly hat Thursday by wearing the hats. .

The boyfriend is donning my new summer hat; surprisingly he suits it. 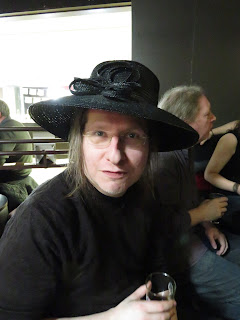 Personally, he suits the beret, so he wore it most of the night. 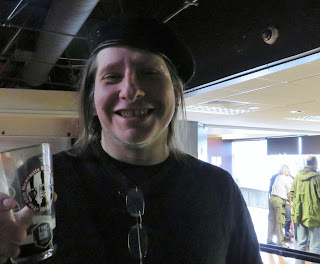 Here one of me wearing my velvet hat 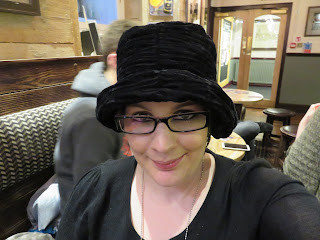 In comparison to last year, despite a more extended range of ciders, I found that most tasted far too sweet everything tasted like glucose and vinegar with the sedimentary feel. I only und a small portion I enjoyed but after discussing with the Cider Tart they highlighted they only like a small selection thanks to their wise advice I found a couple that won my top three.


Me getting served at the cider bar, I'm surprised at how short I am.

My cider reviews for Thursday

Celtic Marshes - Ruby Tuesdays, it grows on you. Ruby amber colour summer fruits and certainly taste the raspberry. More of a heavier constituency.

Sherborne - Traditional - odd tasting cider not amazing but no horrible either. Starts off sweet and ends up v. dry. But v. Tannin taste. Not sure


Hallets Oak Real oak draught- v. Bland tastes more of an ale than cider without the hoppiness. It's ok to drink. Tastes too much of an oak flavour from the barrels for me.


We stayed till about nine as the bar was becoming to crowded so we headed off to a couple more bars with our friend Phil. We stayed out till about 12:30. 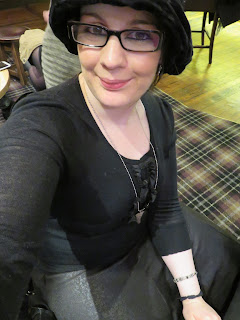 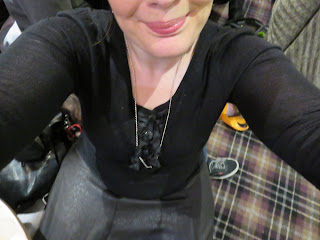 y Friday I felt all cidered out and exhausted; it took me a while to pull myself around. I arrived at the venue about 2:30 pm and opted to stick with my favourite drinks Moon Shine and Two Trees. It was great to see our friend Sarah who has recently had her first child.


Friday felt quite uncomfortable as more people were attending the festival, so became crowded and very noisy. Also, Friday, the festival started running out of drinks. Everybody began to leave around fiveish, and the boyfriend and I headed to another pub. 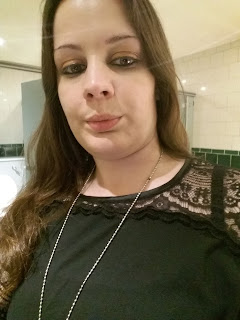 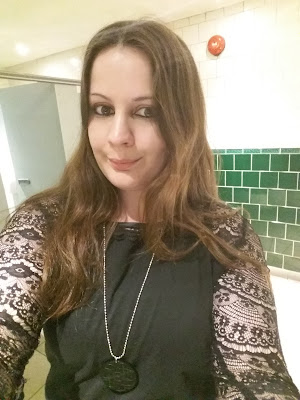 Top- made me and featured in a previous post
Boot - Primark
Necklace - Laser Panda Design
at April 10, 2016