My Christmas and New Year


Well,  I can’t believe I'm sitting, here again, thinking where the hell the last year has gone; it feels like a few weeks ago, I was sitting here blogging about 2014 while waiting for 2015 to begin. Now, I am sitting here, and it’s 2016 feeling surreal.  I’ve made no plans for life goals or resolutions where last year I posted it on my blog. I failed at the second hurdle.  In consideration, it may be best not to set any life goals or resolutions but possibly implement small daily changes that I'll  discuss in an up and coming post

This post is about how I spent my holidays and the fun times sitting around and binge watching television, along with catching up on valuable sleep.  I asked for holidays off over the festive period the request was rejected because of work’s no holiday’s policy for Christmas. Simultaneously, I can’t complain I have had four days of during Christmas week and another three days off for New Year I am happy.

I’ve already posted about my fun Christmas Eve of drinks at Trillian’s and a meal at a Chinese.
This year the holidays have been very simple and following with the Traditions of Christmas (or, at least, my interruption of Christmas):

•    As a time to relax from the stresses of daily and working life and regaining optimistic perspective on life.
•    Time to enjoy ourselves and participate in the seasonal merriment
•     A rare, opportunity to spend valuable time to strengthen our bond with loved ones.
•    Contemplation of being grateful for the blessings in life.
•    A reflexion of the previous year, while setting goals for the future and feeling a sense of optimism for the upcoming year. 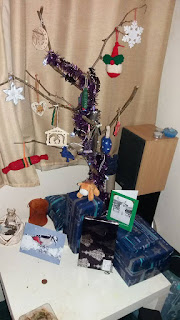 I woke up early and sat around watching a couple of television movies; I can’t recall completely the ones I watched. I ended up going back to bed and cuddling up with the boyfriend.  We opened our presents in the afternoon, and we each took a turn opening presents; I bought the boyfriend a cask bottle of whisky and a pair of pyjamas, I felt guilty for not the purchasing more for the boyfriend. I received a Cookie Monter onesie, a adopted tiger gift and vouchers for to do photography workshop that I’m looking forward to using. 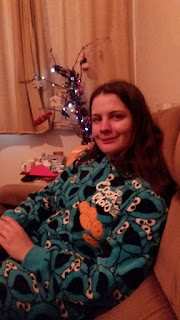 I went over to my mam’s and had my first Christmas dinner and two servings of vanilla cake. I also spent an hour seeing my sister-in-law and two nephews that I haven’t seen for a while. Unfortunately, my brother was on duty. So, I caught up with everybody and drank some of my sister in law’s homemade delicious and potent mulled wine.

By the time I returned home, we  made and ate our Christmas dinner at 8:30. It seemed hilarious,  trying to make honey roasted parsnips. I kept stressing how to cook them, in the end, the boyfriend in his calm and rational manner translated the recipe for me. I opted to shallow fry in olive oil, drizzled with honey, baked in the oven. The Yorkshire puddings resembled small muffins and tasted quite dry even with gravy.  We spent rest of evening cuddled up on the sofa watching movies.

Over the next few days, I spent time donning a monster cookie onesie, binge watching televisions and sleeping. Not very exciting, but recently I’ve felt burnt out and fatigued having time to catch up on essential sleep and doing nothing seems like what  I’ve needed it. I also attempted to sew  using my  overlocker cover that failed. I finished off decorating my new sewing cupboard. 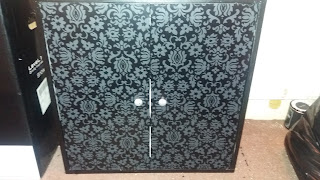 For New Year’s Eve, the boyfriend ordered tickets for the Mayfair reunions. We started out in Trillion's; I know common theme the only decent rock in Newcastle and essential it’s our local. Despite being reasonably busy, there was a great atmosphere of people interacting and enjoying themselves.

Afterwards, we headed to the Mayfair Reunion a fantastic venue with a huge dance floor and allowing for ample space to dance surprised not to see more people out to celebrate the New Year. There were a couple of people we knew out. I even caught up with a couple of friends I haven’t seen for a few years; it was great to catch up with them. During the night, there was a tribute to the late Lemmy, who sadly passed away a few days ago. At midnight we got the count to the new year they years was commenced with at Big Ben’s iconic thunderous twelve bells, In my excitement I grabbed the boyfriend to kiss him, and afterwards, we wished everybody the traditional good luck for the year and feeling optimistic.  I felt slightly disappointed for not playing Auld Sang Syne; I like tradition. of singing it. 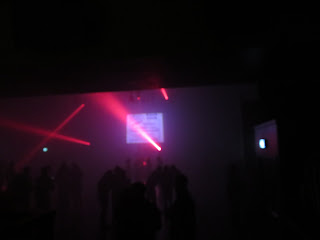 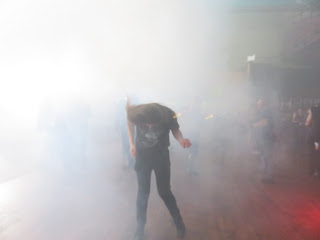 Me stuffing my face with a hot dog, 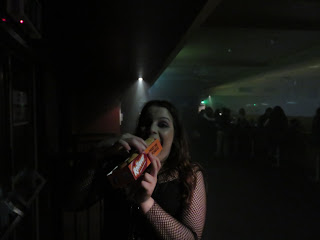 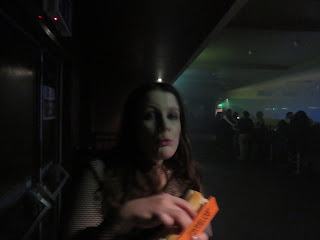 Email ThisBlogThis!Share to TwitterShare to FacebookShare to Pinterest
Labels: Christmas and News Year, Nights Out