During this next year, I want to try new things out this including exploring new crafting skills. As I start to implement this, I've ended up travelling from my native Newcastle to the small town of Bishop Auckland, approximately thirty miles from Newcastle to participate in a printing workshop.

So why, did I travel such a distance to join group printing group?

Newcastle has groups or classes where they teach printing, unfortunately, these are costly, as with the reduction of income I wouldn't afford the price, and not to mention the time factors as the event wouldn't fit into my schedule. Also, I enjoy leaving Newcastle and venturing different places.

For a while, I wanted to visit Bishop Auckland for sometime, and printing group provide an excellent opportunity to visit.

Bishop Auckland is a small market town in County Durham and linked very closely with the Bishops of Durham as it's castle has served as a hunting lodge and after became the residence of the Bishops of Durham, after Bishop Bek preference for the town; he converted the manor house into a castle.  During the Industrial Revolution, the town developed and thrived with a prosperous coal mining industry. During the closure of the mines in the 20th century, the town's local economy declined.

I attend the workshop at the stunning gothic revival town hall; it resembles a more of a grand manor houses than a public building.The exterior was impressive and appeared to be the perfect setting for the printing workshop. 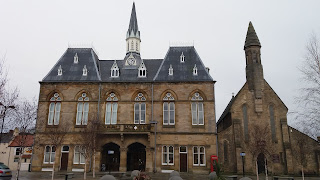 The instructor Elain was exceptionally friendly and taught by Tom McGuiness as an apprentice. Tom McGuinness was a local artist who worked as a coal miner, and he depicted his experiences of the industrial North East and documenting through his the declines of Northern communities via a variety of mediums including oils, etching, and lithography. Tom never had formal training; he attended night school to hone his techniques He gained recognition for his works unique perspective and even featured in John Wilby and Brampton’s Art Galleries.

Elaine welcomed me to the group and explained a brief introduction of the group and the techniques used. Elain described that we are created intaglio prints by combining two methods of using dry point, where I chose a design, scratched the image using a pointed needle pen into perspex. I found etching very labour intensive into the plastic to point where I had to take the occasional break due to the pain in right arm;  I rushed the plate as to attempt to finish the picture. 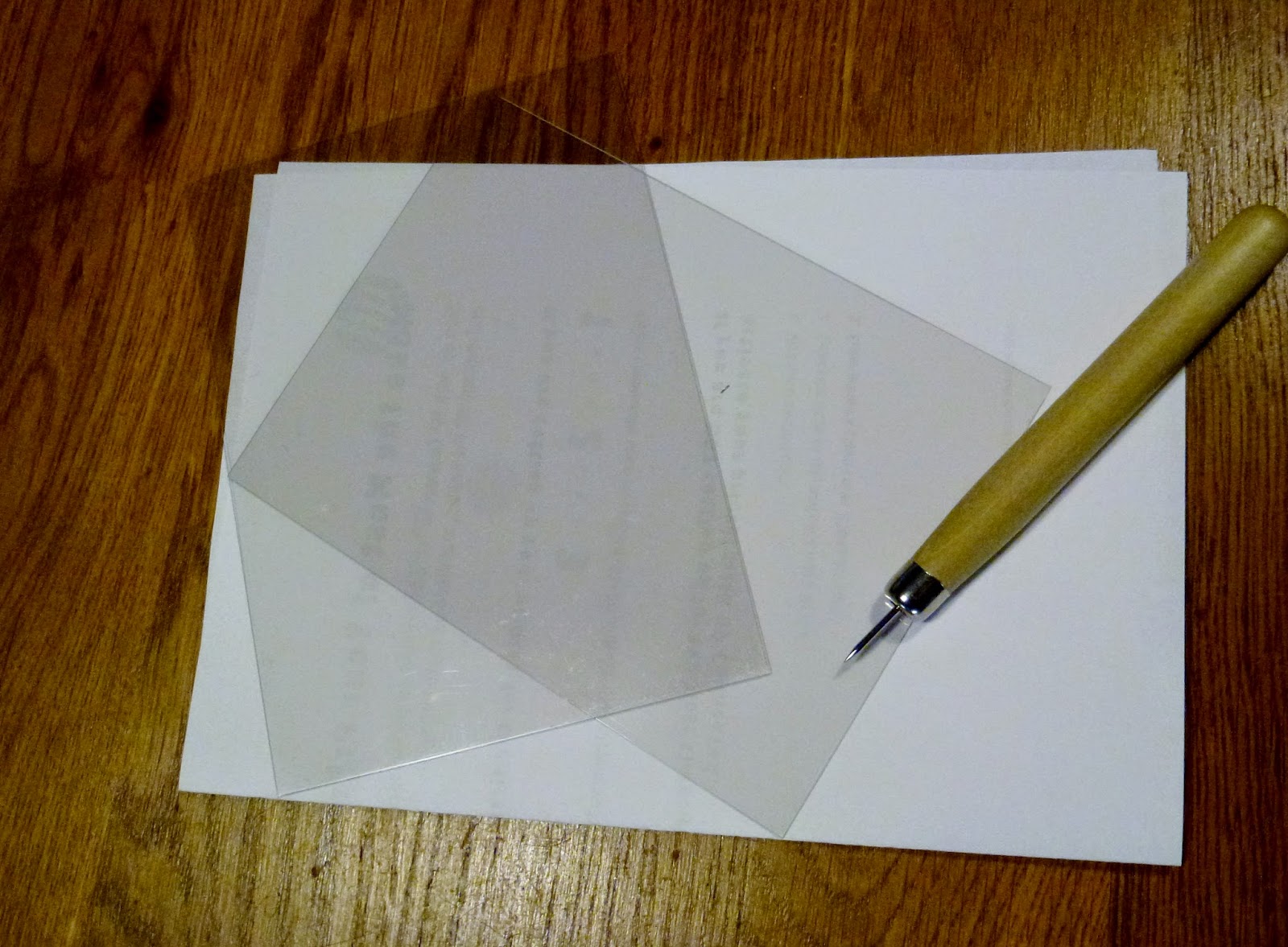 This is the plate I etched using the images of fairy. 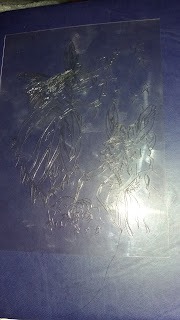 After completing the perspex plate, Elaine showed how to finish place the paint over the engraved lines, and removing the excess paint using a cloth and any smudges. Elaine then took to the McGuinness press ( picture below) and set the plate on the paper to transfer the print onto the rest for printing. 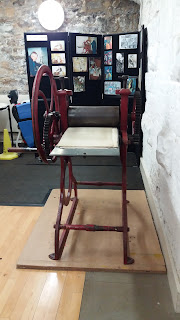 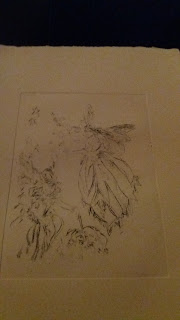 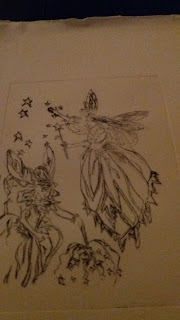 The third I tried to use colour using purple and black the was the most successful.  I was happy my efforts and thinking of using some watercolour to finish the print off. 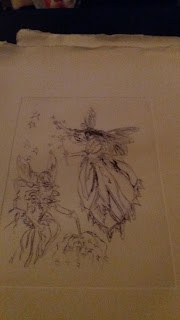 I met other group members who had an of varying skills who were completing an array of different prints and adopting different techniques. The groups were friendly; everybody introduced themselves along and discussed themselves and their experiences. Everyone showed me their current projects were incredible in comparison to my first attempt, but I guess you have to start somewhere. The group was complimentary to my technique, and the image final image would work well.

Afterwards, the group were keen to see my first image and complemented on my effort. They were enquiring if I would come again. Unfortunately due to the travel expense it wouldn't be viable to attend every month, I defiantly would attend at least every two to three month as it’s good craft. I purchased some equipment to create a new design.

Despite being organized packing my kitty flask and sandwiches. 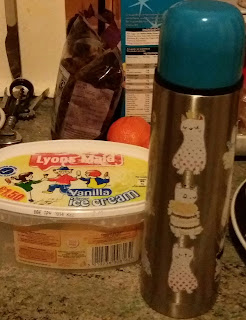 I tried out the café at the top of the town hall out of curiosity of the food. Intern, I met a couple of members of the workshop who kindly invited me to join them for lunch, so I took the offer and sat having an interesting conversation life’s daily events.

After saying farewell, I checked the trains times and found I had some time to wander around.I intended to visit the Bishop Auckland Castle. I walked it found it was closed for renovations. I wander about to take some photos of the grounds. 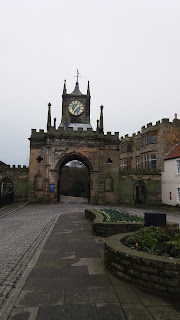 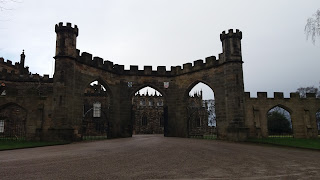 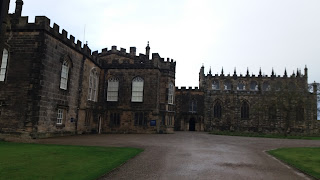 I head to the raided through the local charity shops and found some exciting goodies. 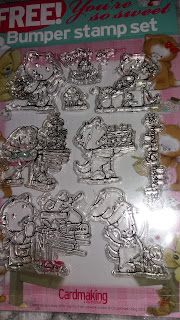 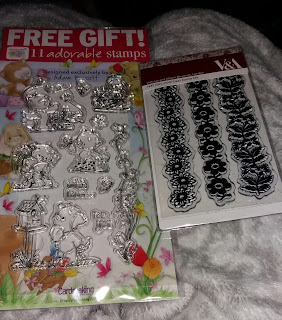 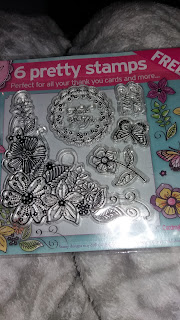 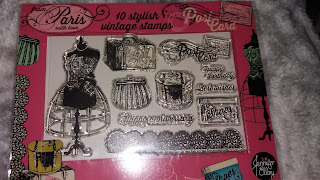 I purchased a new top; I love the crochet neck detail 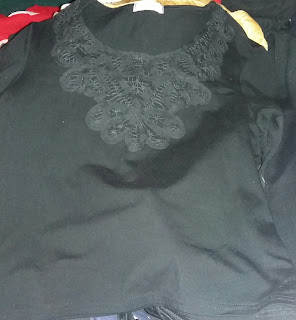 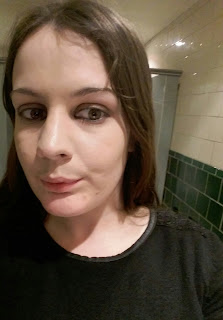