I’m getting excited about the spooky season starting, the nights are drawing in, I enjoy leaving work while there is sunlight still here.  I've been slowly turning into a consumerist zombie trolling around the shops for no reason. My eyes going  all starry-eyed, and my hands dancing with excitement,  they gyrate with same exciting as five-year-old  experiences at Disney Land. I am describing my reaction to the Halloween nostalgia displayed in shops. I am looking forward to it and started eyeing things up.  I planned to adopt the 30-day rule to limit both spending and clutter, to no avail it hasn't worked.

I used to be apathetic about Halloween but as I get older, I become more excitable about the eerier and spooky time.  Since, Halloween takes place on a Saturday, which makes it feels more exciting.  My friend and me were planning to take part in the world record attempt for the largest gathering of " witches". To clarify it's the biggest gathering of people dressed up as witches rather than follower of the pagan and Wicca religions. The event will be held at Alnwick Gardens, I thought it sounded like a fun idea.

This year, I've found some fantastic finds this year, a few years ago Halloween paraphernalia was rubbish in the UK, over the last few years it's been improving . I've found the best Halloween items in  TK Maxx; a discount outlet they get stuff from anywhere and everywhere. I could have of bought everything  from the shop, but I had to limit myself. 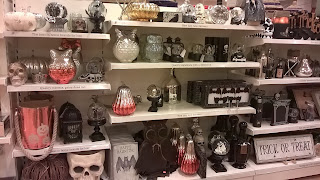 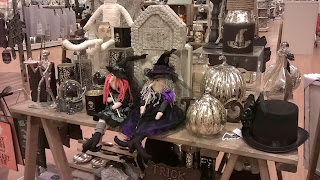 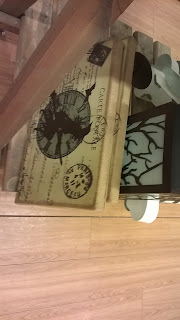 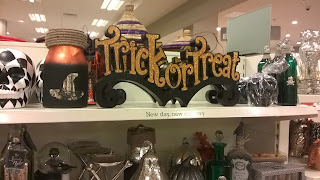 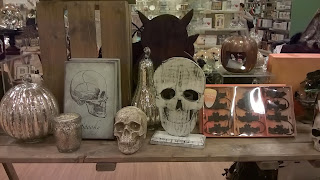 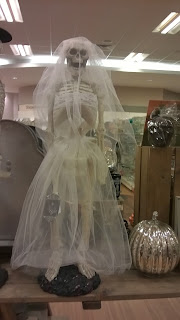 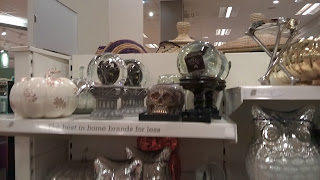 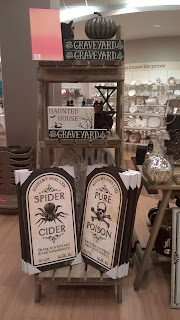 I ended up purchased a raven snow globe, that looked amazing, it reminded me of one I bought my ex a few years ago. That one was  a black cat snow globe and  was a musical box . 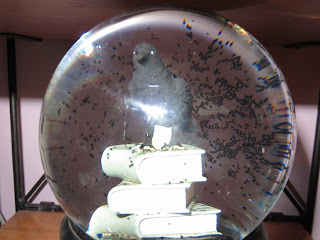 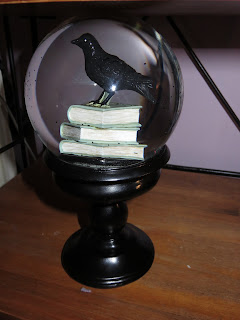 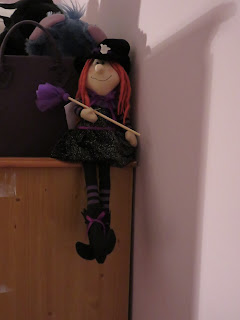 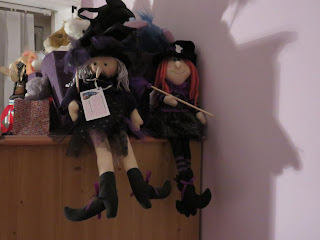 On the right is the new witch, on left is my Salem witch

My favourite store is Poundland they have some excellent things in for Halloween and some Naff stuff, but my favorite are the two coffin signs, as these made think of Salem, especially the witch sign. 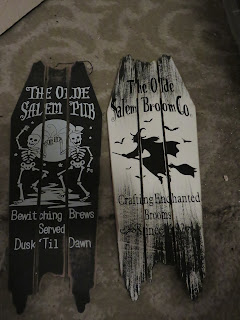 I also found this cat welcome mat for a pound as well, and I couldn't resist it. 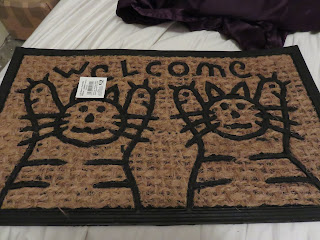 Another cheap shop is BM bargains, I bought a Halloween drink and black cat candle holder. 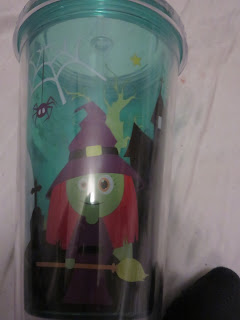 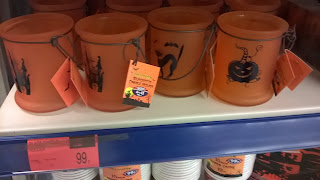 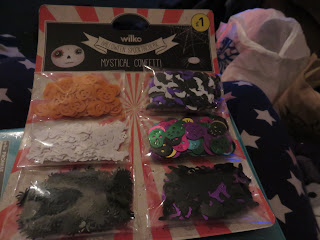 I bought acrylic paints for £2 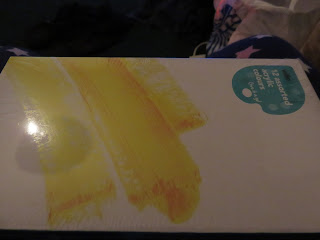 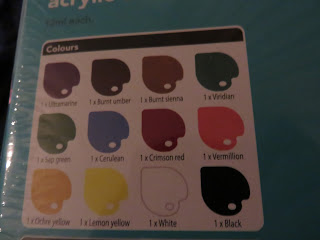 I bought a large Halloween bowl to bake in. 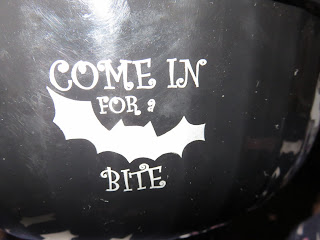 I even purchased black and purple batty tinsel for my Halloween tree.