This morning I explored the town center and went on a charity shop hunt, but to no avail I didn't find anything, apart from fabric. I found an a fabric store, containing a treasure-trove of cloth; purchased material for a total of £5.50. I plan to make a skater style skirt and a fairy tutu skirt for clubbing out of the material 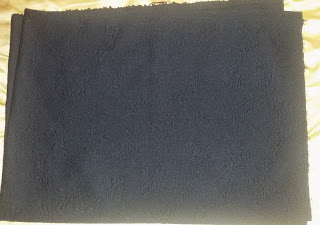 On a spur of the moments decision,  I decided to get my hair trimmed. I passed a hairdresser's advertising haircuts for £9. Considering it's been over a year since my hair was cut, and my hair is driving me nuts with it state. So, I gathered my courage and went, usually I avoid hairdressers like the bubonic plague they usally cut my hair far too short.

The Pavilion was built in three stages, building commenced in 1787 and commissioned by George the Prince Regent, as a Seaside Retreat and pleasure palace. Also, he discreetly indulged his long term affair with Maria Fitzherbert.

George was invited to stay with his Uncle, Duke of Cumberland's Residence in Brighton. They both shared a passion for gambling, arts, indulging in exquisite cuisine and a passion for women. But the Prince's was advised about the benefits of Brighton's sea water to improve the effects of Gout.

George stayed in a Farmhouse overlooking the Steine, a grassy area used as a promenade. In 1787, George hired Henry Holland, who designed Carlton House the Prince's residence in London. Holland extended the building on both sides and the design incorporating breakfast, Library, and a dining room, which utilized a French Neoclassical style.

In 1801- 02 the Prince commissioned Holland's employee Peter Fredrick Robinson to design,  build a conservatory and a new dining room. In 1803- 08, the Prince purchased surrounding land to build a stable and riding school.  Designed by William Porden, was inspired by Islamic and Indian architecture.

The third stage of building the Prince commissioned John Nash to renovate the Pavilion between 1815 to 1822, using Indian – Islamic exterior. Fredrick Crace and Robert Jones designed an elaborate oriental interior. As the Prince got older and became incapacitated, he reduced his stays to Brighton. 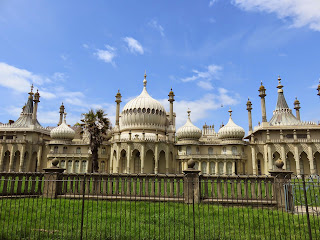 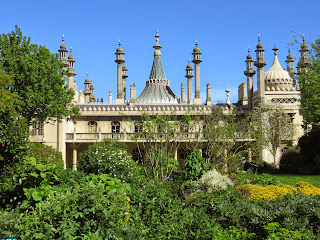 In 1830, George died and his elder Brother, William IV enjoyed his stays at the Pavilion. Queen Victoria and Prince Albert admired the building but dislike the lack of family privacy it offered. In 1845, the government planned to sell the property off. However the Brighton Commission and Vestry petitioned the Government to sell them the property in 1850 for £53,000. Before the sale, the Queen had removed many of items from the Palace but returned them in 1860. The pavilion became the town's public place used for concerts, Bazaars, hall, the Towns first library, and even a flea circus.

During and after the first world war the building was converted into a Military Hospital for wounded Indian Army Soldiers. It treated over 2,300 people, held two operating rooms and 720 beds. The hospital catered for all culture and religious diversities of the soldiers.

In 1916, the hospital reopened catering for the needs of limbless British Soldiers, who lost limbs through amputation or during battle. The hospital offered rehabilitation by providing training and skilled trades for the men. In 1920,  the property was handed over back to Brighton cooperation.
(Wikipedia 2015). 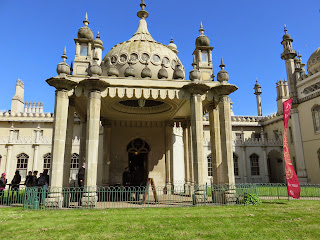 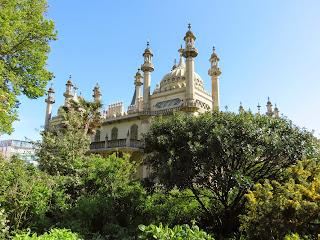 While walking around the building,  offered an insight to  George IV, who enjoyed the fantastical, loved theatrical performances and a passion for impressing guests. The rooms also highlight a man out of touch with reality, who was pompous and over indulgent. At the time of his rule, the British Empire was developing and expanding into an Empire, so the use of oriental design may suggest he saw himself as Emperor of the World. Certainly through the gorgeous sumptuous and whimsical rooms would of impressed and awestruck guests believing they were transported into an orient  I think the opulence would have caused guests to become get envious .  The building made George VI feel more tangible through objects he used and touch capturing a residue his essence.

My favorite part of the Pavilion was the carved dragon supporting the chandelier in the grand dining room. The dragon looks as though it's flying in the dining room, and malevolently observing the feast, preparing to lunge down and pounce on the feast for food. Certainly with its mouth opened and red snake tongue hanging out suggesting its growing appetite. I adore the color of the dragon and curving body adds life to the creature. According to the audio guide the dragon was designed by John Nash surprisingly carved from wood, and 30ft long painted in silver leaf.

A person could think they are no longer in the cold rainy climate of England but transported into India with George's Mogul folly and garden capturing the imagination. The only thing missing was sitar music and peacocks.  The pavilion was my favorite part of Brighton; I enjoyed the exotic atmosphere of the Pavilion gardens with the array of colorful native British flowers and palm trees. I enjoyed basking in the warm sunshine and forgot the troubles of the world. 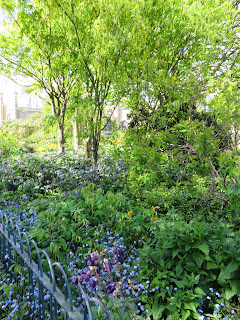 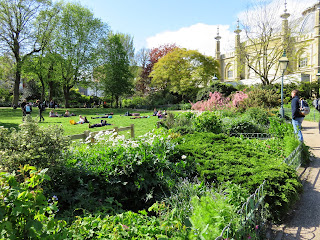 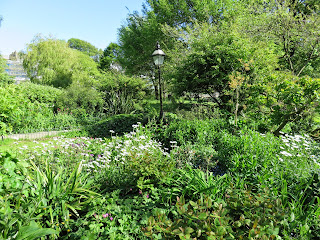 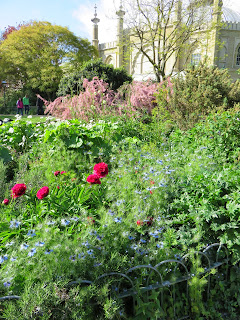 I strolled down to Brighton Pier, which is a typical British seaside games, fruit machines, penny platforms, teddy grabbers, horse racing games, and video games; reminding me of childhood summer holidays to Cornwell and Devon. I walked through the arcade and played a couple of games with  loose change in my purse.

The game involves slotting pennies into slots, the penny  drops onto a moving platform.The coin should drop down force other coins to move and drop to a lower platform and that coin should loosen the other coins from the edge of the second platform and the coins are dropped into the tray for the winner to collect.  Sadly the gods didn't favor me, but it was a bit of fun. 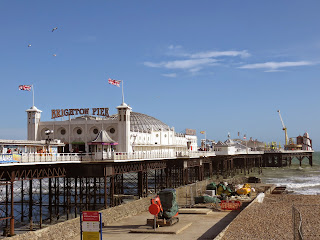 I continue to the fairground that was closed because of the extreme winds, or I would have gone on a few of the rides. At 26 years old, I'm still only six years old, I enjoyed browsing and watching the birds glide on the wind. I brought a couple trinket from a shop; I purchased a Voodoo witch and stick of Liquorish rock for TB. Before I left, I got my fortune read by great Zoltar advised, "hard work pays off, and so, does Laziness. Lol". 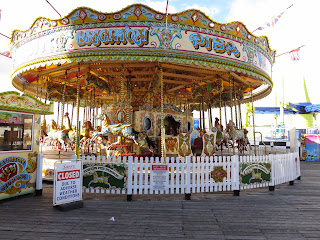 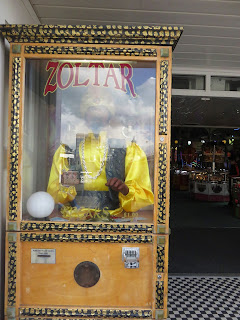 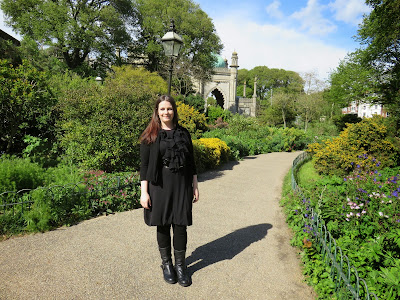