On Monday, I had planned to start off early, I change my plans because I wasn't feeling great and walked up to boots for medication.   I passed Weatherspoons and noticed a mutable friend of mine and The Boyfriends drinking coffee I went in, ended having breakfast together and chatted about general stuff.

By the time TB and I were organised we grabbed a cup of coffee from Cafe Revolution, I ordered a fruit smoothie and carrot cake (my favourite) was moist and creamy. TB and  I departed ways, and  I went off to explore the lanes. 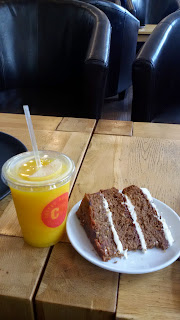 The Lanes is a maze of narrow alleyways and a mismatch of historic buildings spanning from Tudor to Mock Georgian styles. The streets resemble Diagon Alley from Harry Potter. The Lanes are one of the older parts of Brighton. East street goes back to the 14th century. Formerly the Town was known as Hempshates, a tiny fishing town with open fields where fishermen grew hemp for nets until re-developed in the 16th and 17th century. Brightonhelmston, above the cliff was washed away by the sea creating demand for property Captin Tattersil saw the prospective demand, bought up the property cheaply and financed the building.

Captin Tattersil was able to pay the construction due to his relationship with Charles II. The captain developed his relationship after assiting him escape to France for a fee of £200. After the restoration of monarchy Charles always remembered that and rewarded Tattrsil accordingly.

In the 18th Century town again expanded due to becoming the summer home of George IV and popularity of Brighton sea by Dr Richard Russel of Lewis promoting the health benefits of Brighton's sea water. ( George Aitchison ).

The Lanes were ok to browse, but it was the more upmarket part of Brighton with expensive boutiques far from my budget. It contained the generic shops you find everywhere. However, some character of the pubs are fantastic.

North Laine
N'Laine started life as a farming land were divided into plots and tracks ran parallel to the plots. With the expansion of Brighton in the 19th century saw the tracks became surrounded by streets resulting in land becoming developed. In 1840, Brighton got the railway station Brighton brought tourism and further development. During the 19th century, North Laine transformed into a slum and was notorious for its poverty, insalubriousness, sub-standard living conditions and abattoirs.  Pimlico slum, specifically Orange Street had the most cramped living conditions with 130 sharing 17 houses. In 1860, the area was regenerated and demolishing the Worst tenement buildings. In the early 1960's North Laine observed resurgence in crime with police nicknamed Kensington Gardens  ‘Smash and Grab Alley’.(Gerry H).

As I explored my way through the narrow and disjointed streets of varying gaudy, gregarious colorful buildings adding to the individual uniqueness of the town. The Northern Laines are a treasure trove of unique shops and characterful people who revive British eccentricity.  In the area, there are no commercial chains but individual small businesses varying from vintage, junk shops, ethnic shops artisan and craft shop.  There was a variety of local cafes offering something different from each other. I adored walking and inhaling the diverse bohemian and artist atmosphere Brighton's famous for. 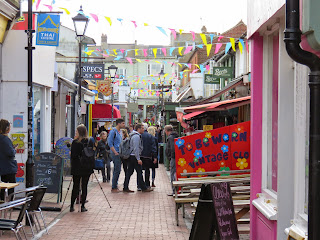 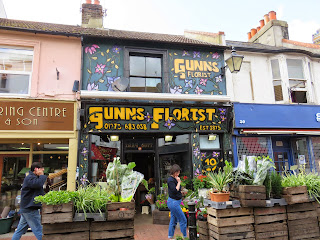 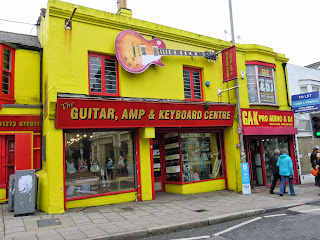 The South of UK often the people tend be rude and have no consideration for anybody.  I didn't encounter this in Brighton they had a friendly charm and were always a welcomed conversation, I was utterly shocked by this but has redeemed my faith in southerners.

I found a fabric shop with a variety of choice and superb quality material was sensible priced. I spoke to the vendors who were happy to chat and discussed, about material and their family from the North East of England. 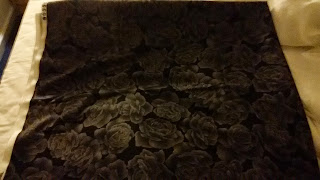 Before coming to Brighton, I researched via Trip advisor for things to do in the town. There was a pottery cafe took my interest where could choose any piece of pottery and paint or design anything on it. So, I visited the cafe and found it difficult it to choose, so I selected a dragon to paint and used purple colours, complimentary to my bedroom. I felt slightly left down by this due to a combination of factors, lack of creativity, everything, however, staff were friendly enough and approachable for advice. By the end of I felt deflated. But I recommend it's worth doing as a group as it would be more fun. 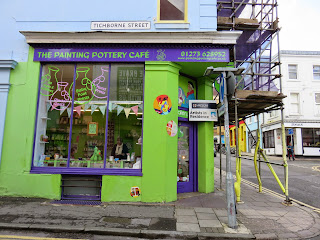 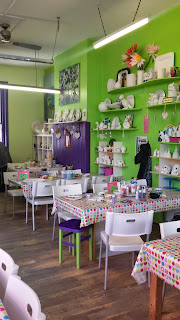 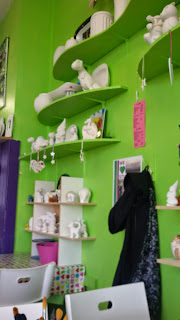 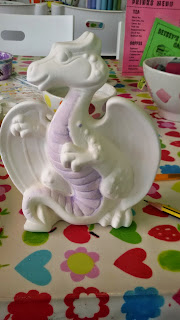 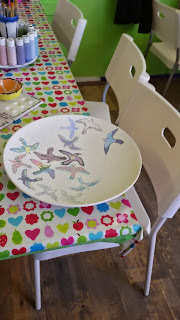 I met TB for dinner, and he organised to meet up with his colleagues to meet up at 50's style diner. The venue decor used American paraphilia and had posters of 50's pictures of celebrities plastered on the walls, along with tables, red and white booths. I order an American sized serving of classic beef burger and chips, it even came served in the red plastic trays I've seen on t.v,  The burger was amazing and tasty. . 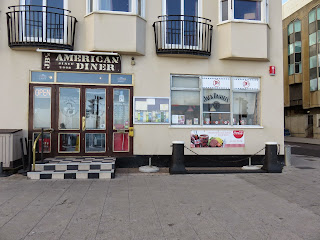 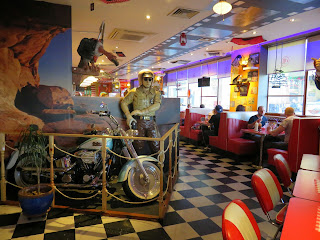 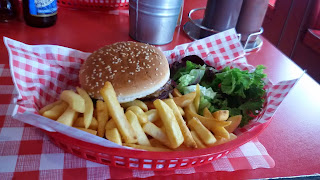 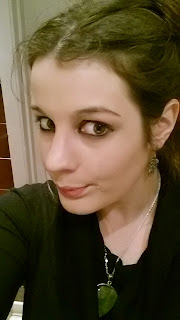 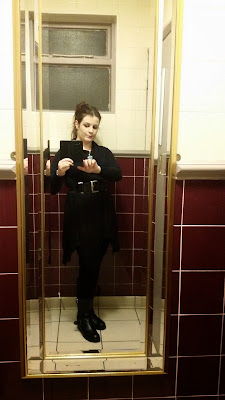