In the UK the third series of Britain's Sewing Bee has kicked off; this series allows amateur  Sewers the opportunity to showcase their skills and fight for the title of Britain's best home sewer. In each episode, the contestants are tasked to create, design or alter a garment and are judged on the executions of skills, accuracy, and creativity.

I must confess; I haven't watched the previous series before. I decided only to watch the first episode out of curiosity as there was nothing to watch on tv. Since then, I've been watching the series on BBC Iplayer on the weekends when I stay at my boyfriends. Over the last few weeks, I certainly have developed my favourites competitors who also demonstrate the strongest skills.

Neil a Colonel in the army, who learnt to sew at school in protest to girls being allowed to join the rugby team. He admits his comrades continually mocked him for taking his sewing machine on tour until he demonstrated it usefulness by repairing uniforms and making curtains for accommodation. Neil prides himself on creating his wife's wedding dresses and night outfits, bridesmaids dresses, and 120 costumes for a production of The Sound of Music. In the show, Neil has demonstrated his skills through his military precision to produce a high-quality garment.


Lorna has sewn from the age of 11 years old, and her mother organised sewing lessons. During her time at boarding school, she became popular with her peers who sought out her sewing skills. Lorna who is six ft 1  found  it difficult to procure clothing to fit her, so  sewing enabled her alter or create clothing to fit her frame. When Lorna had a family, she up-cycled old clothing and transformed it into clothing to fit her two children. . Lorna has demonstrated with her years of experience that she can successfully adapt any outfit and create a spectacular garment from scratch.


The first episode's design brief, was my favourite. The brief was to construct a summer dress using patterned fabric, tailoring the dress to fit a real human, and maintaining the visual effect of the material once it was sewn into a dress. The contestants were allocated five hours to complete the brief. It appeared a close finish between Neil and Lorna; however, Neil won with his pink polka dress and cut out sides that fitted flush to the model. However, Lorna's creation was my favourite, she demonstrated a high degree of skills, such as finish, and pattern matching, while preserving the pattern's visual effect. 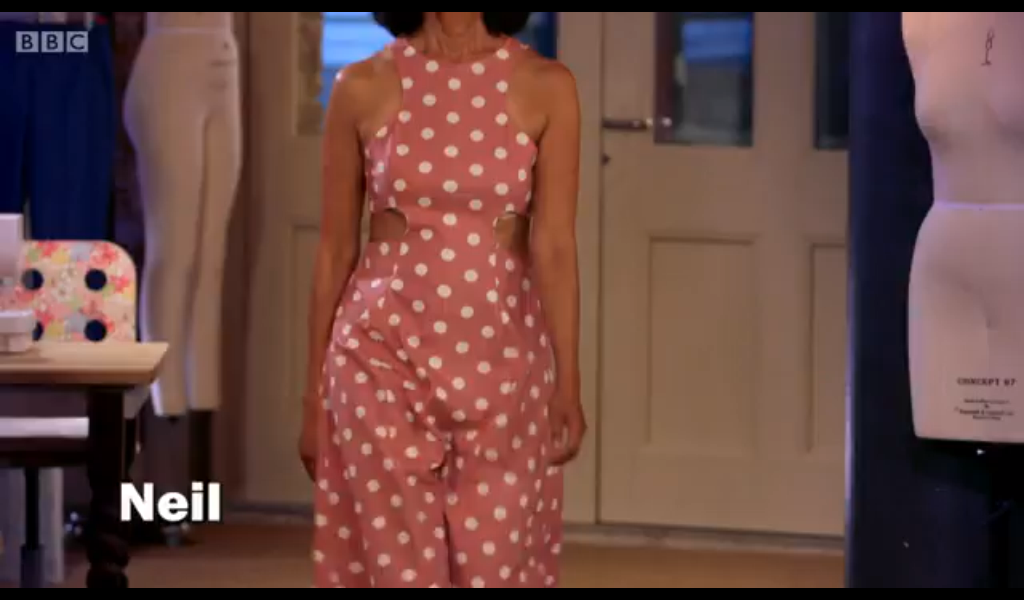 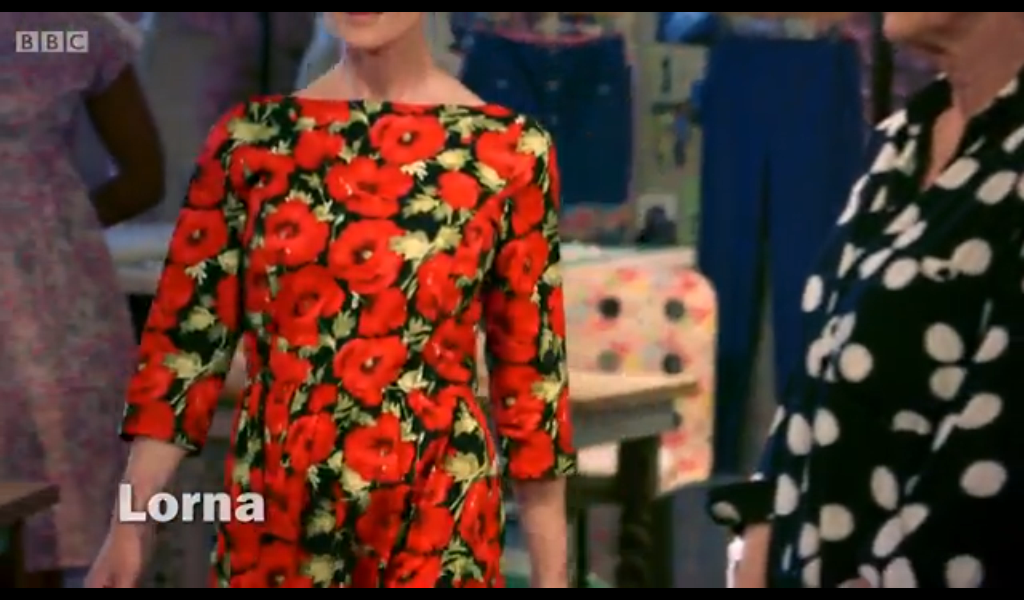 Inspiration
Every week one of the challenges included altering an existing garment. The first episode, the contestant were asked to change a mans' denim shirt within ninety minutes, and most of the contestants made skirts. My favourite was Alex's creative pink tulle skirt; she was inspired to make an 80' Madonna skirt, and she won the challenge. The Judges commented for her radical, wacky transformation, for skills fitting the panels of the skirt and maintaining a flat and fitted look 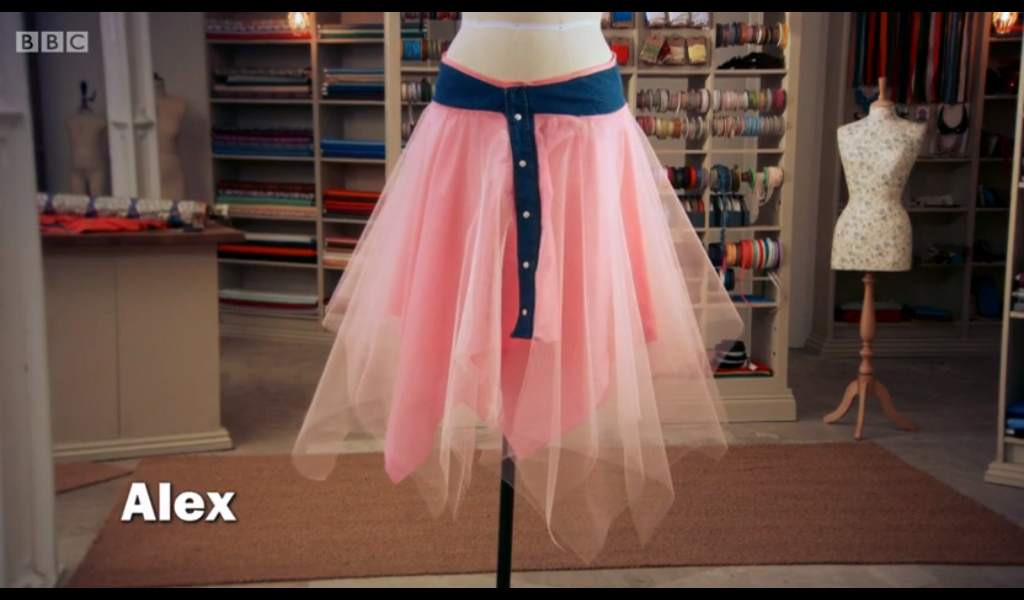 I love this skirt, I am not keen on the colour contrast. I think I would love to make this in black extend the tulle and possibly trim the edges on the tulle skirt.

The show made me reflects on my own seamstress skills, and to evaluate which ones need improvement. I've been sewing for over five years, yet I consider myself a proficient sewer with mediocre ability range. After watching the show, it got me thinking about my own sewing skills, where improvements are needed. Over the years, I always sewed with black fabric to make a skirt, yet it's difficult to see the material flow, it's never been an issue  I've made two tailored dresses, after watching the show it me consider where I could make improvements. Such as sewing zips, fabric matching, aligning the seam would improve the overall finishing of the garment.

This website teaches how to match prints along seams

The dress I made last year 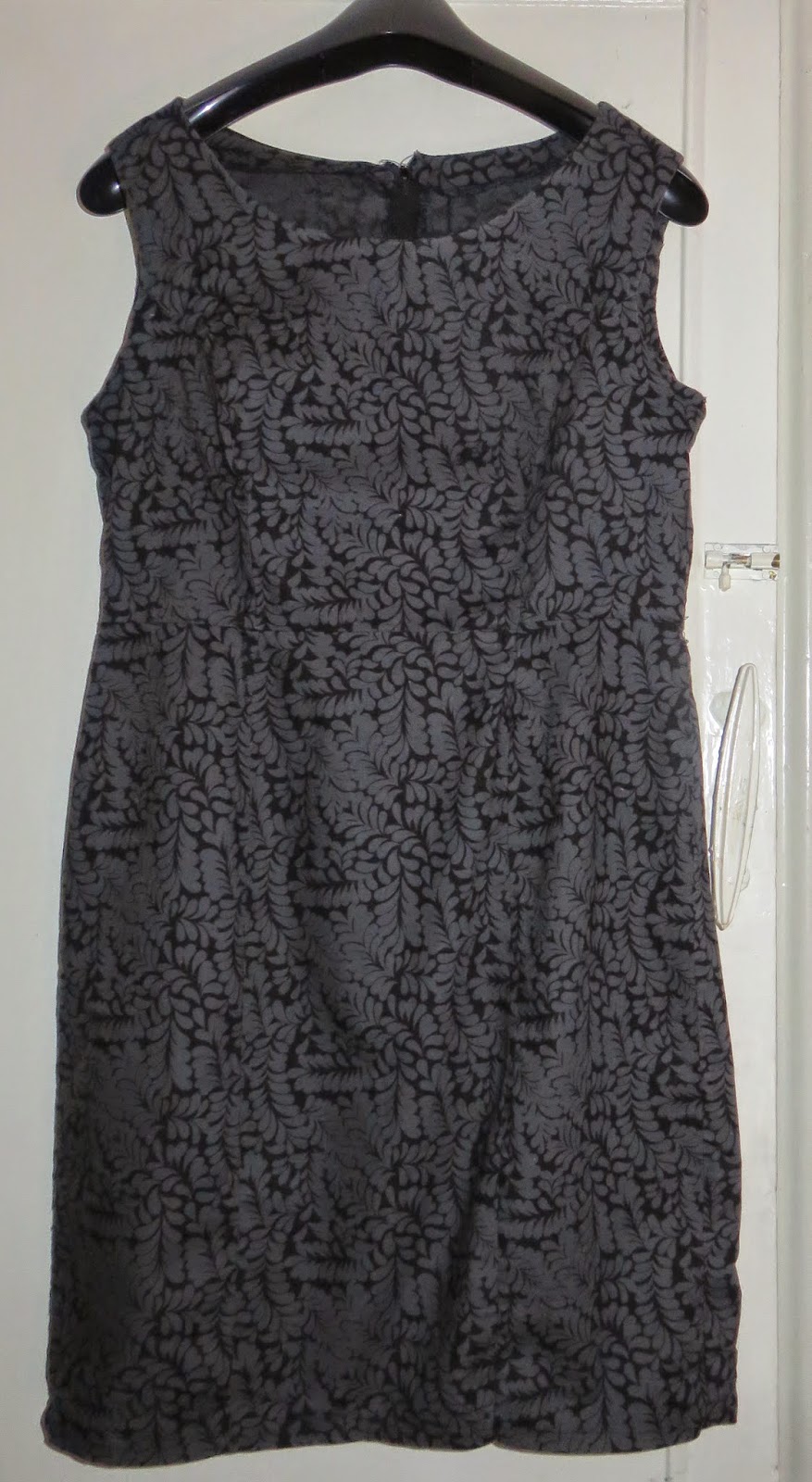 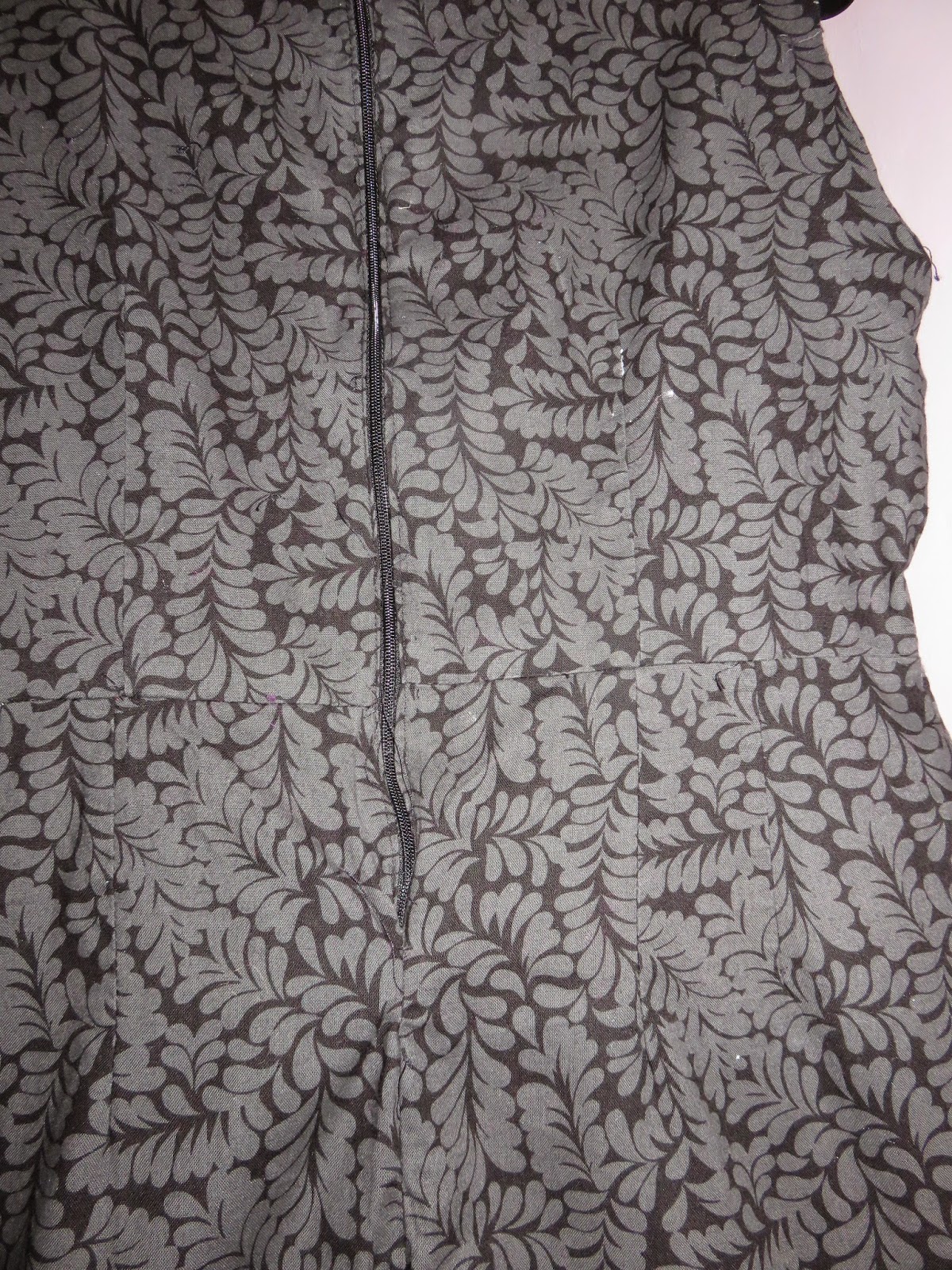 My one weakness for sewing is zips, I've made skirts, and I've developed my way of inserting zips. They do the job but do affect the finish of the garment, they tend to pucker at the bottom or zip overlaps at one side usually the hidden under clothing. At work the activites coodinator taught me how to sew zips unfortunately, I was never able to master the technique, but did try it a couple of times and noticed the difference in finishing garments, and invisible zip terrify me. I guess it's something to practice on.
I compare myself to my Gran and mam who were both professional seamsters, and worked for Jackson's the Tailor. My Gran was a fantastic seamstress and could make anything. My mam  alterations look professionally flawless, yet, she feels unable to make anything from scratch.

A few example of zips

Email ThisBlogThis!Share to TwitterShare to FacebookShare to Pinterest
Labels: Sewing