Throughout my blog, I'm always raving on about the demise of the Newcastle rock scene. On Saturday night, I saw a most wondrous spectacle of, new rocks, pvc, band t-shirts and  head banging.  Yay, it's a new rock night that's opened in Newcastle, Grindhouse. I first heard about this from the encyclopedia of all knowledge (the boyfriend) that a new rock night started a few month ago

Grindhouse has found a home within the Northumbria Student Union, it's held on the second floor in Red's Bar. The Northumbria Union is in a great location as it's the on the outskirts of Newcastle, it's still within walking distance of the city centre, yet, far enough away from the fights of the Big Market, this Newcastle's main spot for nights out and there always trouble.  Grindhouse occurs once a month on a Saturday, however the dates do vary, they regularly update their Facebook page with venue dates, so it's worth checking out their Facebook page. The entry fee is five pounds, yet; the alcohol is sold at student prices, so obviously cheap.


Red's bar is perfect for any rock night as the decor uses a black and red colour scheme, and the aesthetic combines a fusion of a 50's burlesques vibe, Bram Stoker's Dracula setting, and 90's rock bar, with the use of crimson velvet drapes, a snuggy corner composed of  Black Chesterfield's sofa's, and a stage with dancing pole in the middle for performers to display their talent. The décor contrast worked perfectly to celebrate St.Valentine's day matching the lack hearts of heavy metal lover's 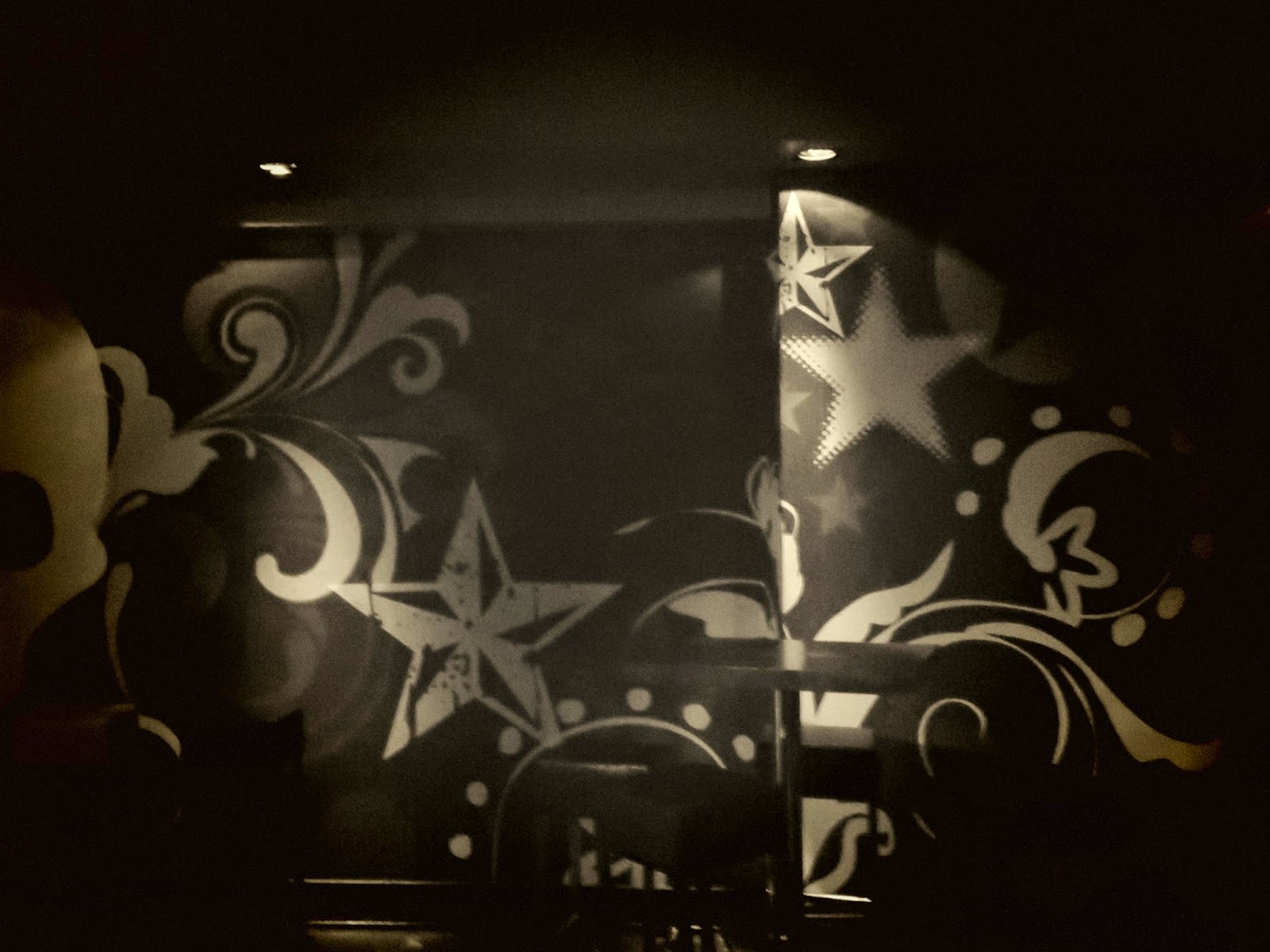 
My  favourite spot was the area behind the bar as it had comfortable and timeless Black Chesterfield sofas. It was intimate and quiet area, which was great a place to scribble my notes for the blog or allow myself some rest. (Recently, I've been experiencing  problems with my ears, and I was intermittently had episodes of sensitivity resulting in pain and ringing , I will discuss further in a future blog). 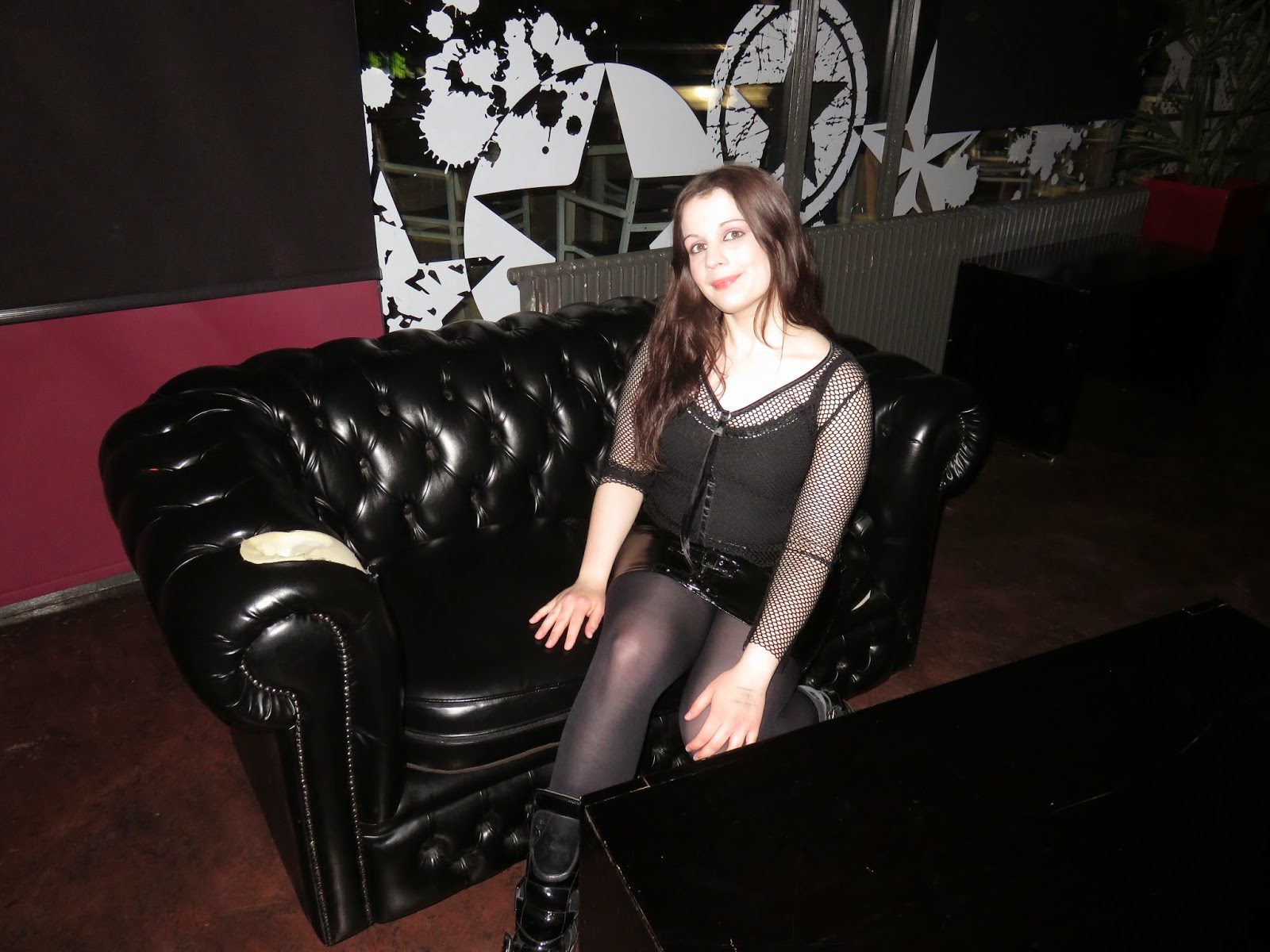 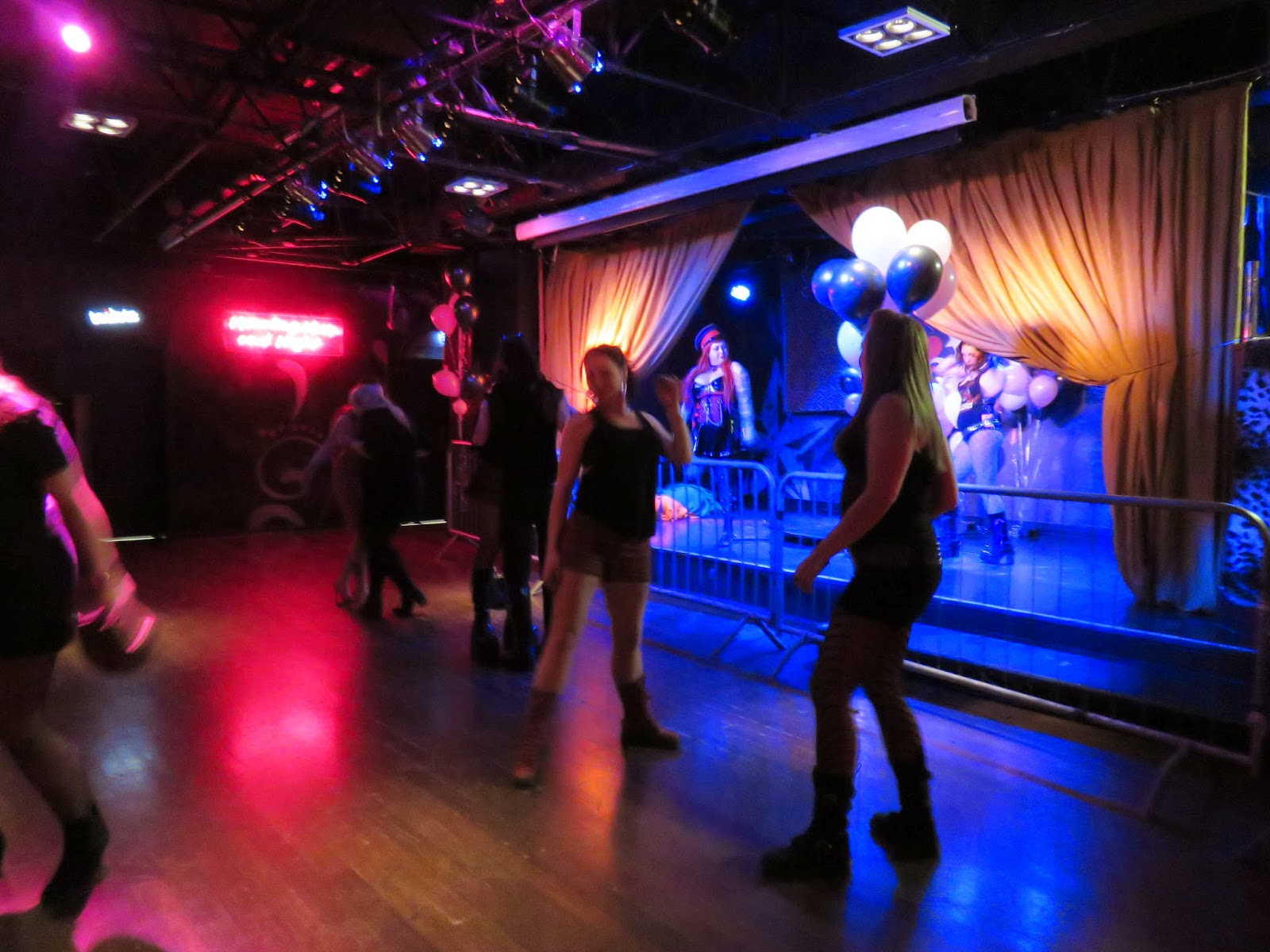 Not forgetting the smokers this venue is perfect as it conveniently has a balcony on the same level, which was great if any members of your party smokes as it certainly  helps to maintain the social atmosphere, and it provides an option for non smokers to go outside fresh air when it gets stuffy. 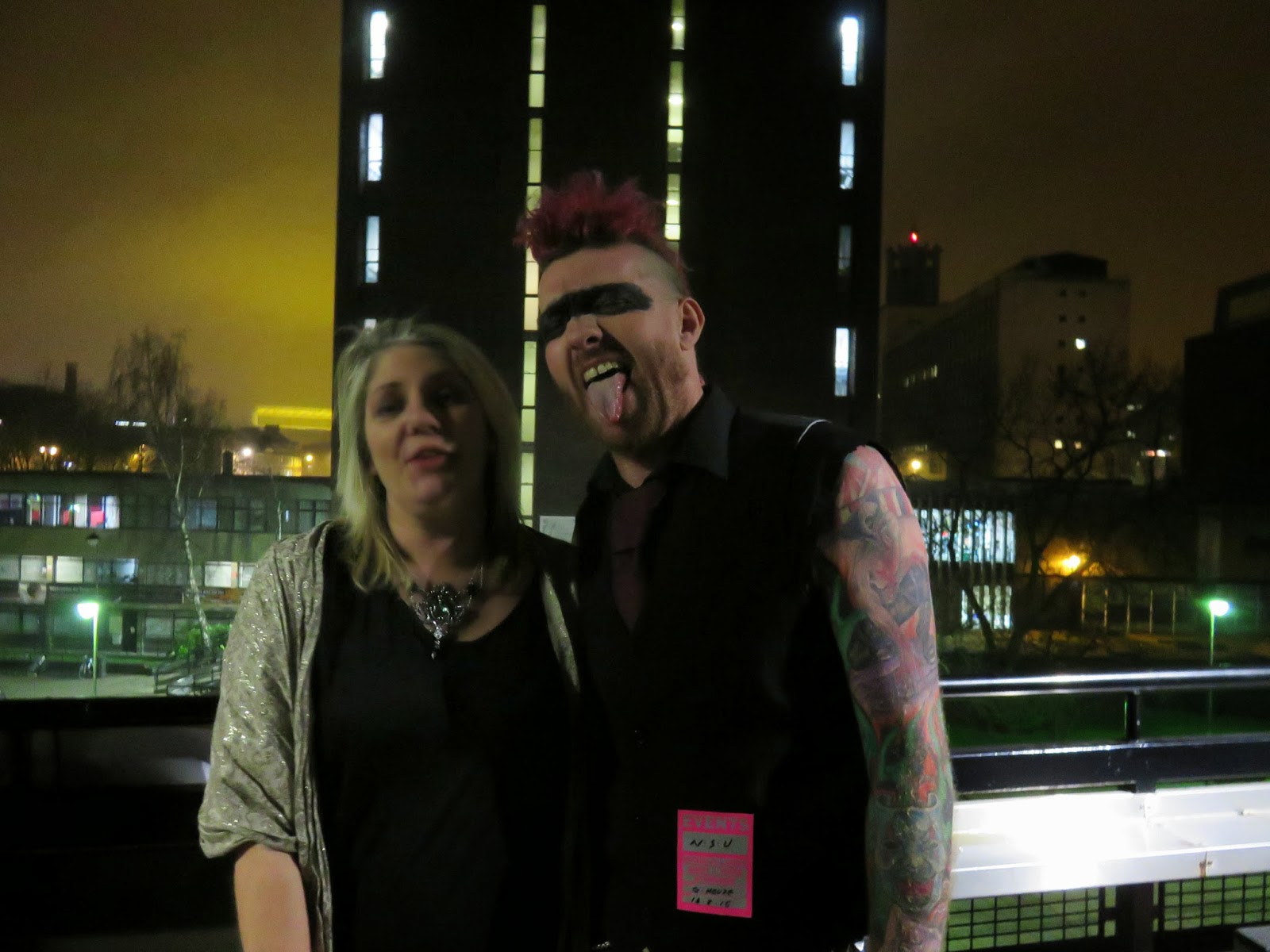 My complaints regarding the venue was the exhausting walk up three flights of stairs in new rocks strapped to my feet, weighting at least 2 kg each. I felt fatigued after climbing up the stairs before the night even started. The inconvenient location of the toilets, as you have to interrupt dancing and head banging to get to the toilets. I think it's me grumbling than issues of the venue.

I've been researching about the event, and there is a lack of information available on the net that emulates a 90's underground edge where communication relied on of word of mouth before the invention of  social media. I think it's brought something that has long been missing since the closure of  Legends in Newcastle.

Grindhouse has resurrected heavy metal by venturing into the depths of  hell, freeing it from its bondage of retirement and bringing it out to the party. The night produced an phenomenal atmosphere creating intoxicating energy of spontaneous carpe diem. The night was made possible by DJ's Warren Speed and Jess Foxx, playing the awesome collection of 80's, 90's and naughties' tunes spinning their siren's song, alluring patrons to the dance floor. 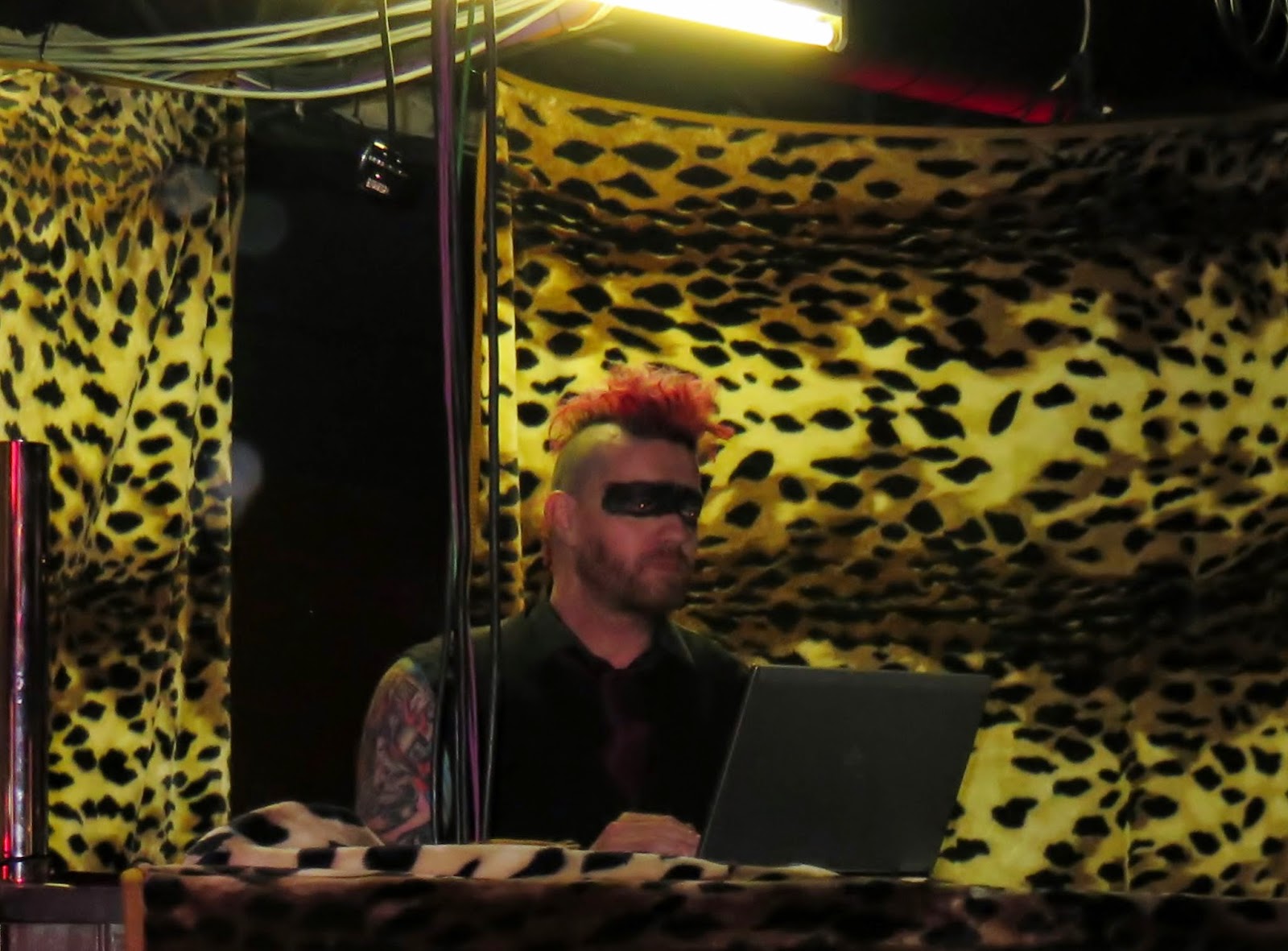 One of the highlights and unexpected parts of the night, was one performer pole danced to  to Rammsteins's, Du Hast. The dancer was extremely talented as she climbed up the pole and supported herself with on the pole mid air. I admire anyone, who can pole dance because of the immense strength and control required. 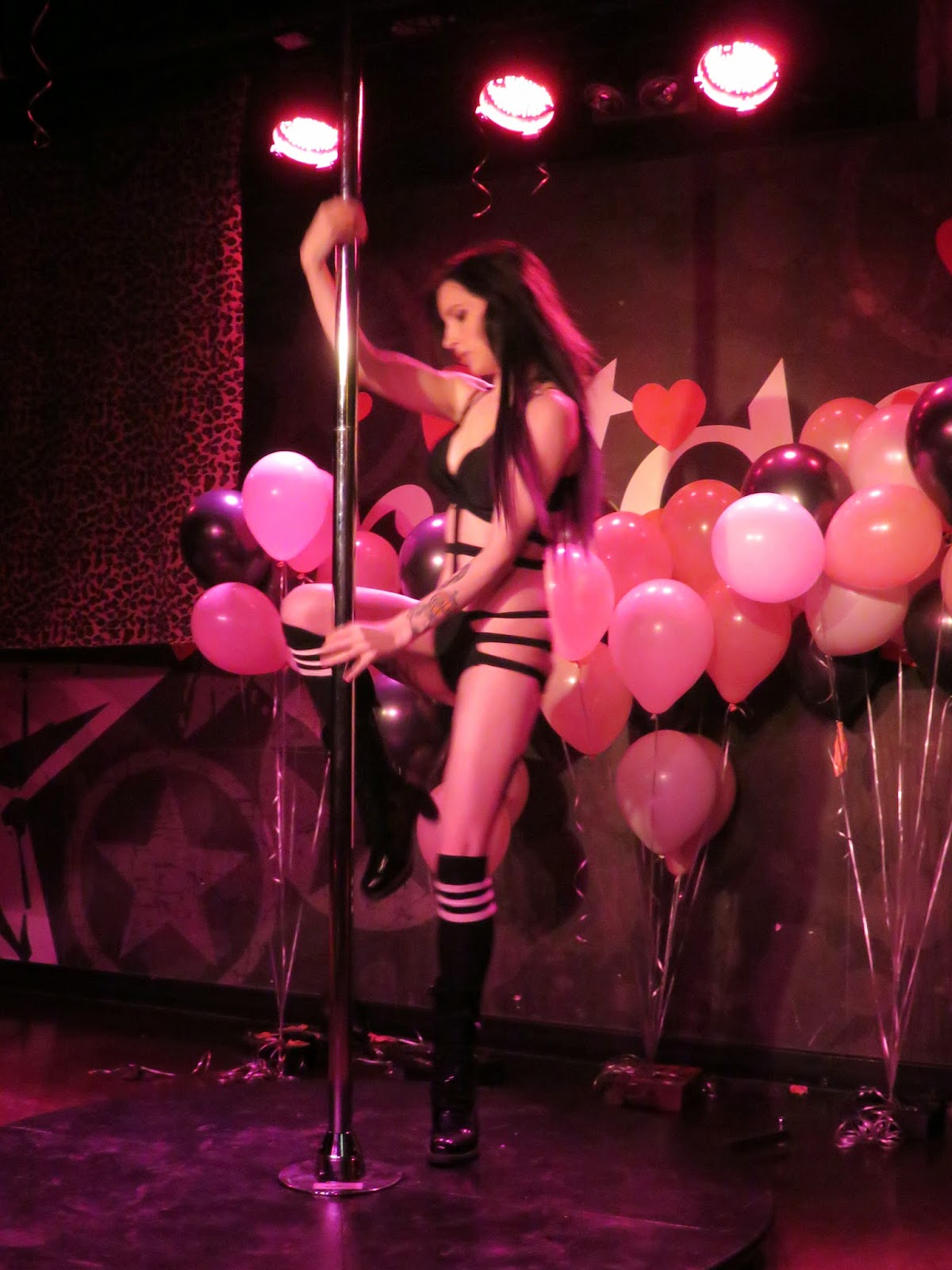 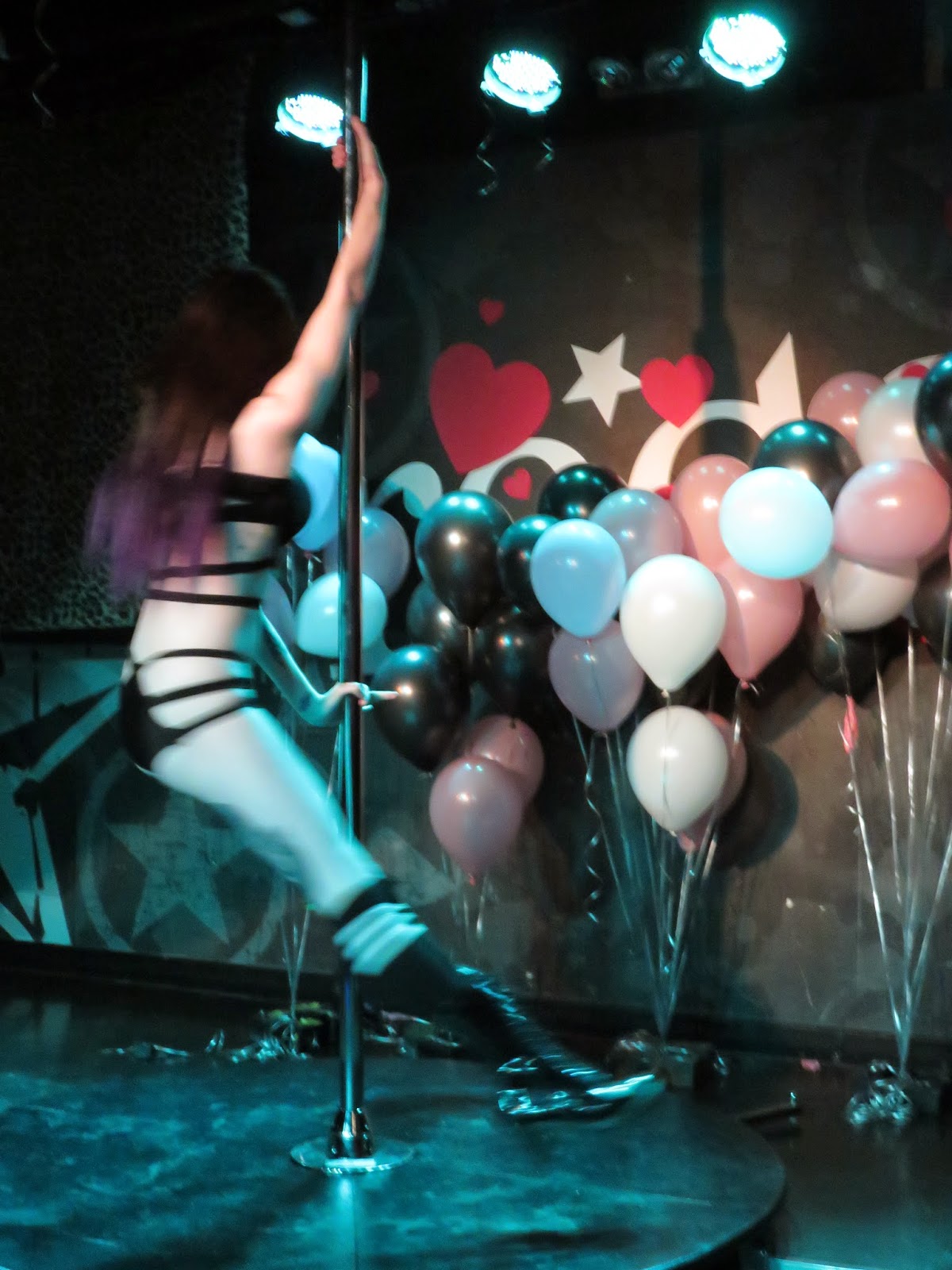 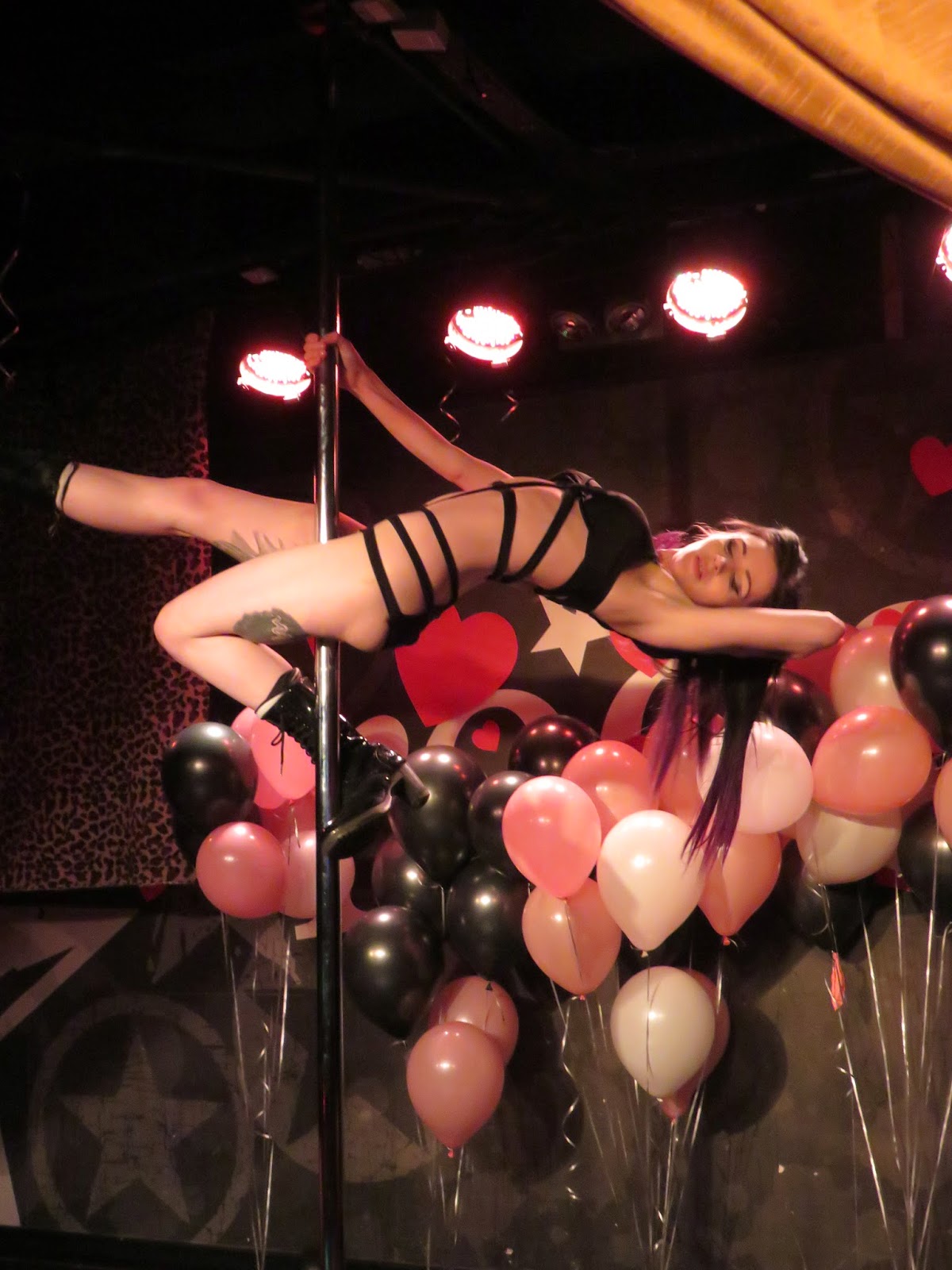 The night had the traditional friendliness that has been long missing in the modern rock scene. As I went around making random conversations with strangers and photographing  them for my blog review; I found everybody cordial and were obliging to pose. At one point, someone fell on the dance floor, and people crowded around them offering assistance. 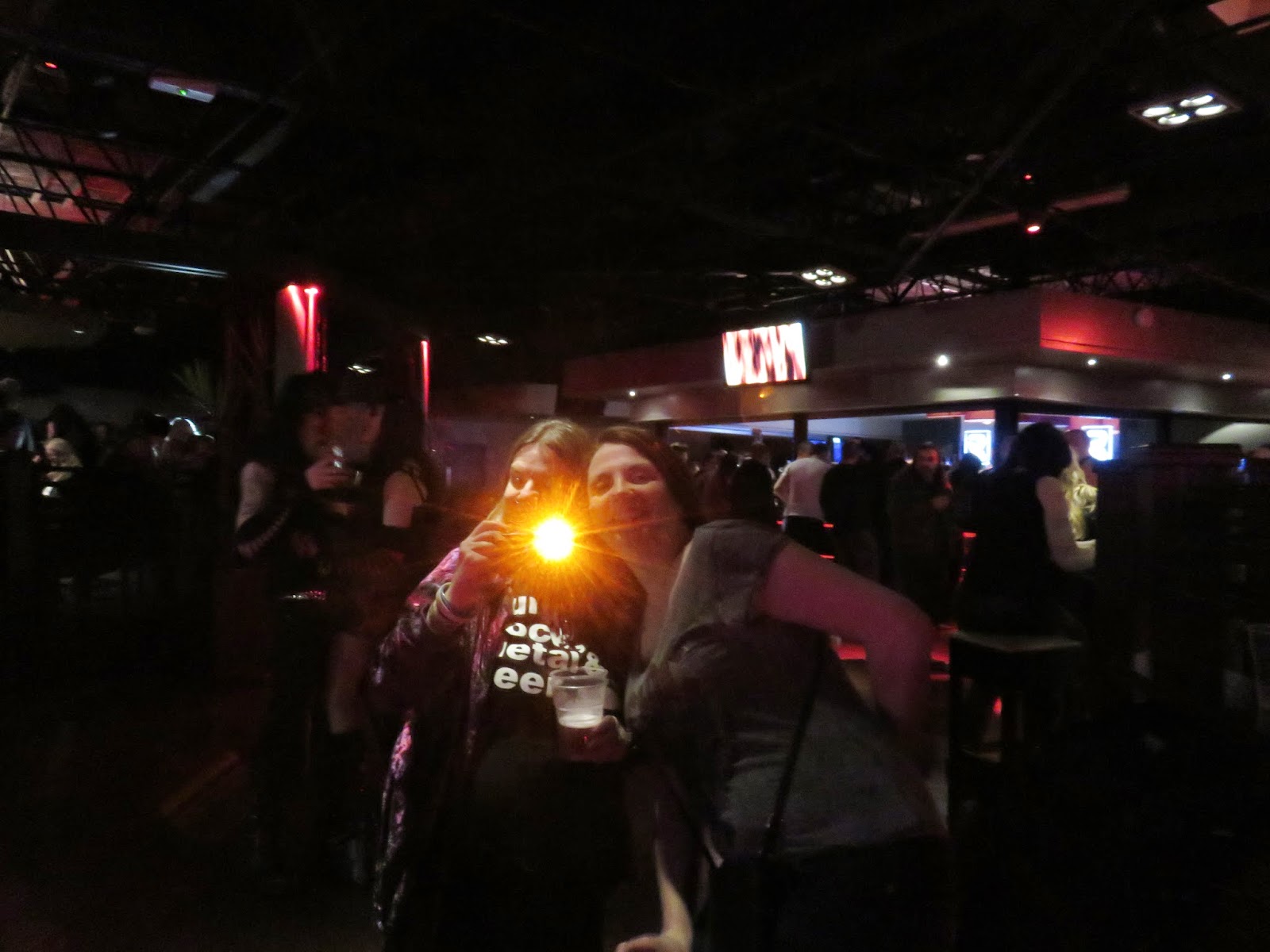 On a personal note, what made the night for me meeting up with friends, who I certainly wasn't expecting to see, and I hadn't seen since before Christmas. Especially, seeing my girlfriends, we all ended up hugging in a huddle and screaming to the point where only dogs could hear us. It was great as we were reminiscing about when we all used to go out. 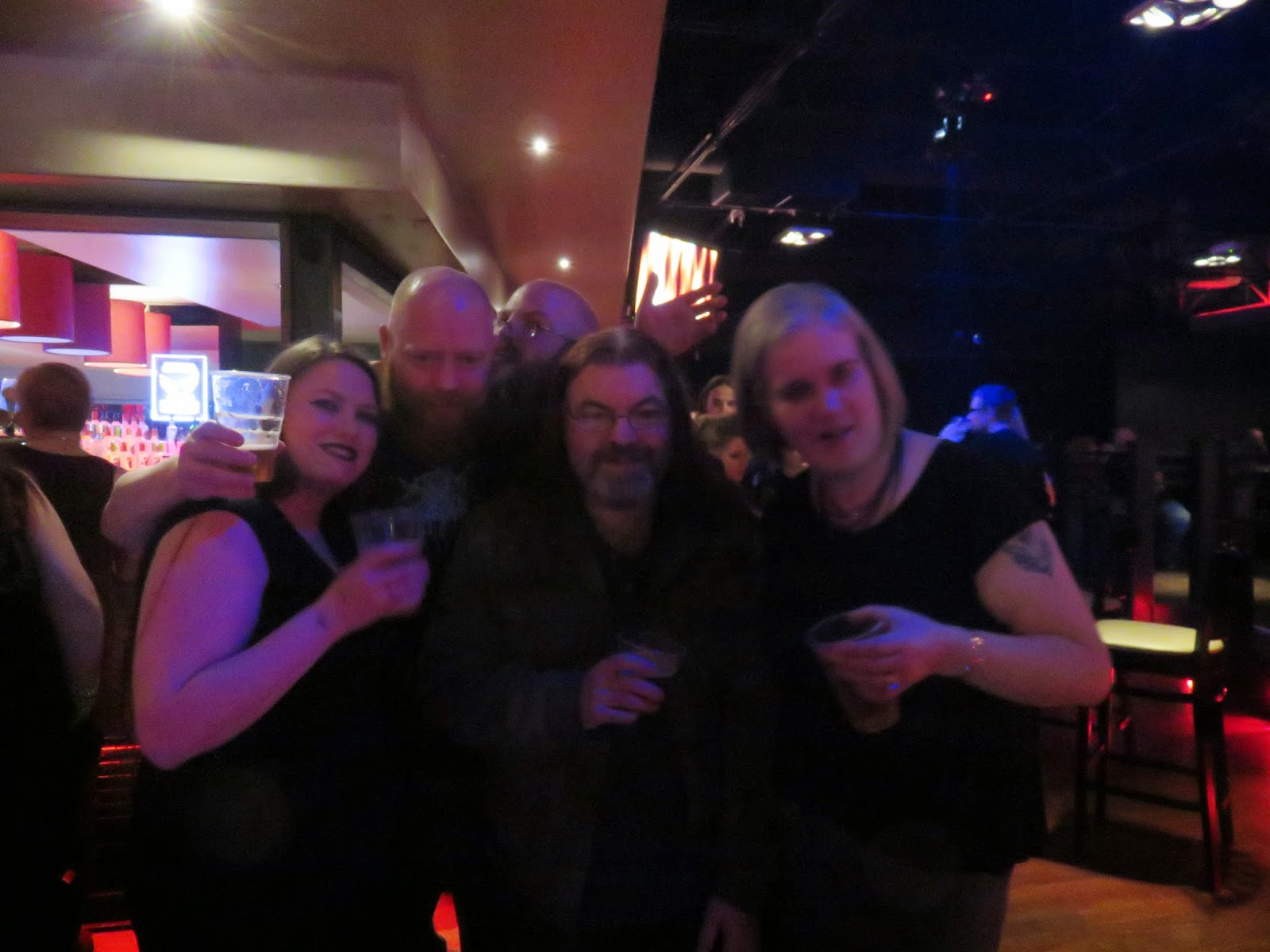 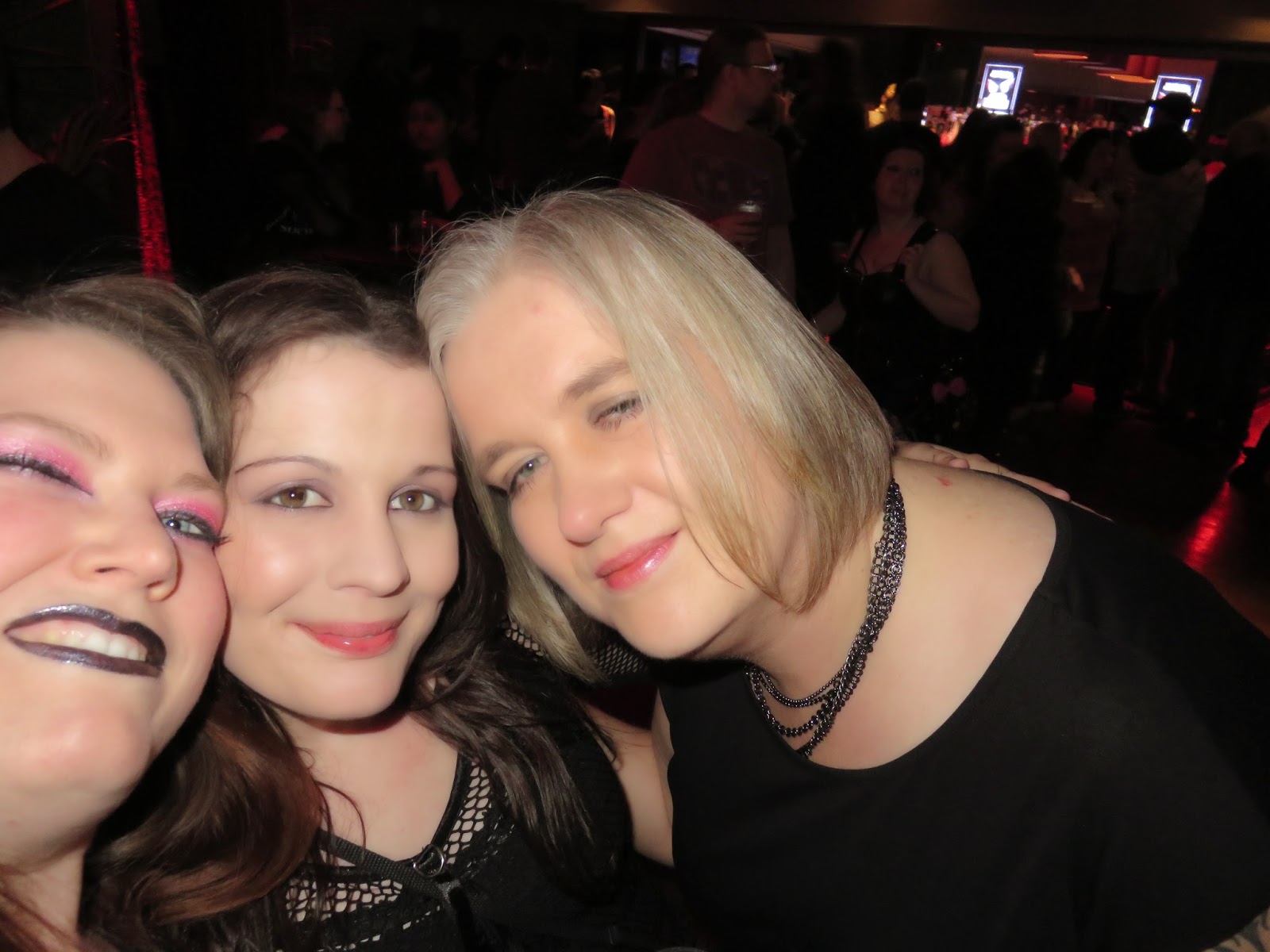 Grindhouse are offering the opportunity for local talent to exhibit their skills and entertain the crowds; they are recruiting performer to join their array of sexy performers  If anybody's interested check out their Facebook page. 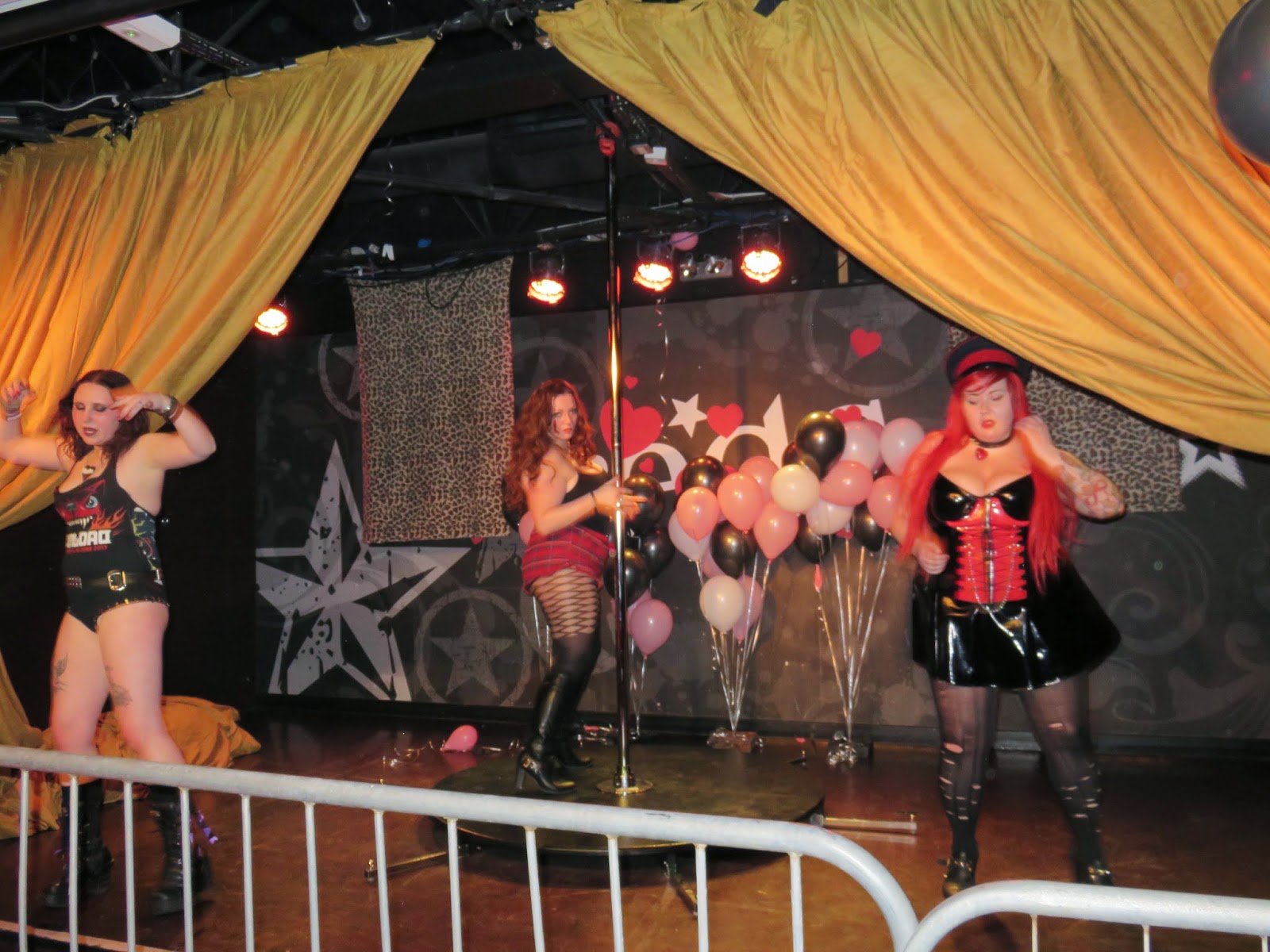 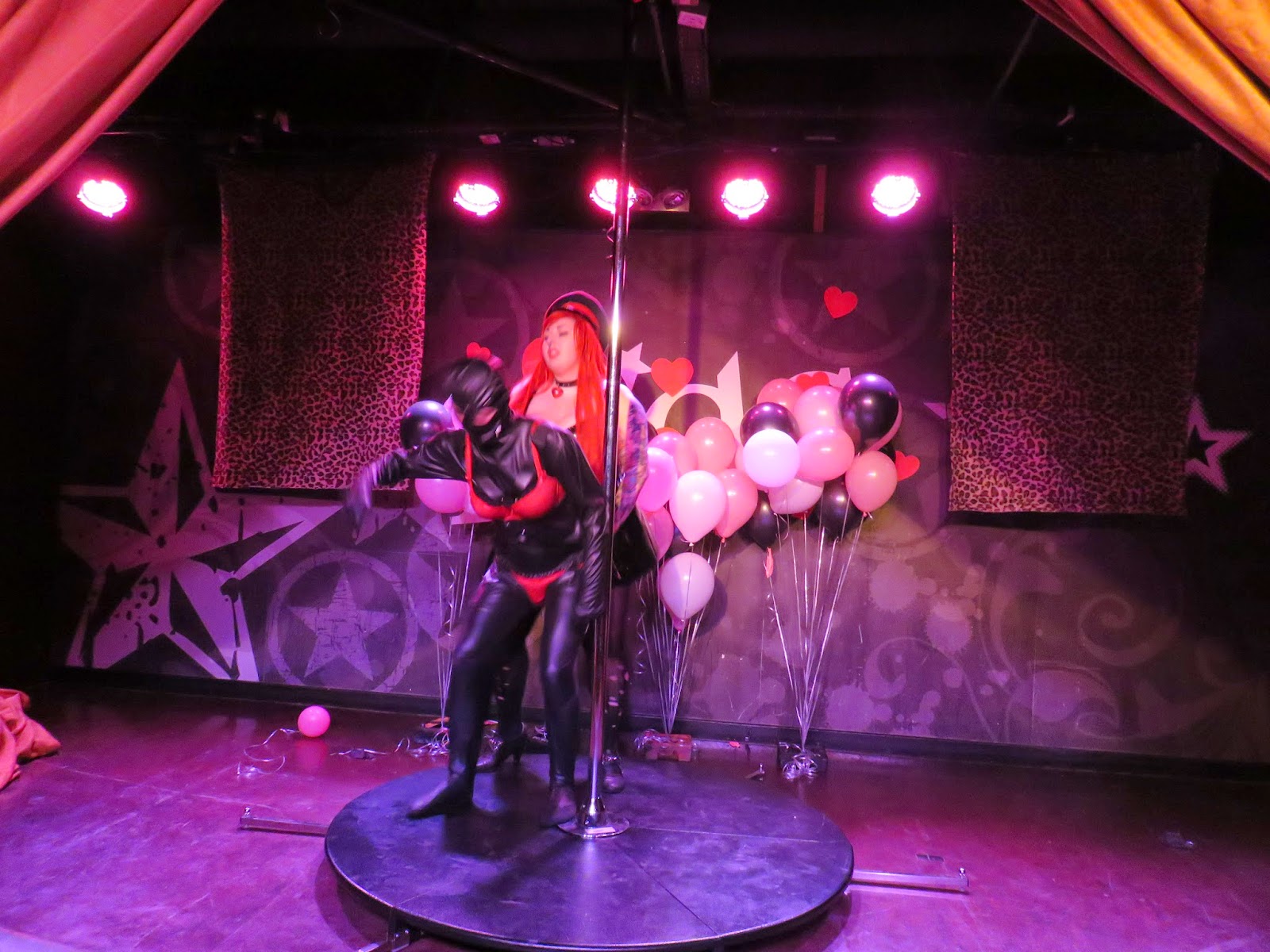