I've had my current netbook for two and half years; it is has been around half  the planet accompanying me, travelling .It's not the flashiest thing; however, it continues to work, despite its hard life It  accompanies  me everywhere, it's my most precious possession, along with my hard drive. If I ever had, a fire it's the only item I would save.

When I first got it a friend recommended getting a decal to protect the front lid.  I originally had a white tiger decal on the screen to protect the front of it and after a while I got sick of looking at it . Only after removing it, I realised that the screen was getting damaged. So, I wanted a new decal, but I have looked everywhere for one and can't find one I like. I was browsing on the Internet, and I got the idea to purchase sticky back plastic and covered the back of the computer screen with it.

I was looking  on the hobby craft website, a chain of stores in the UK, that sells a range of craft items. I found a role of patterned sticky back plastic; the product was called Fablon Craft Sticky Back and the pattern is Classic Ornament, it cost £4. 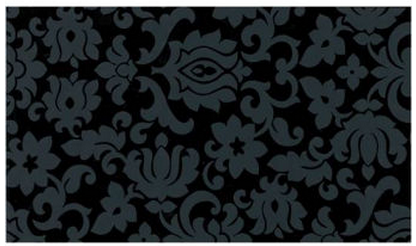 
The plane blue HP screen of my netbook 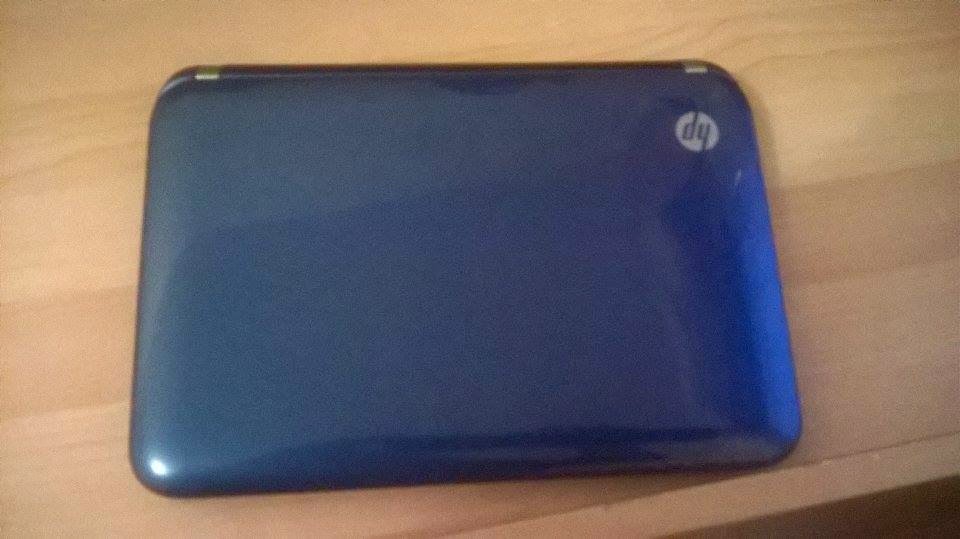 I laid the netbook lid on the sticky-back plastic, I traced around the screen using a pencil and cut it out. I carefully positioned the sticky plastic into and I trimmed the excess from the edges. 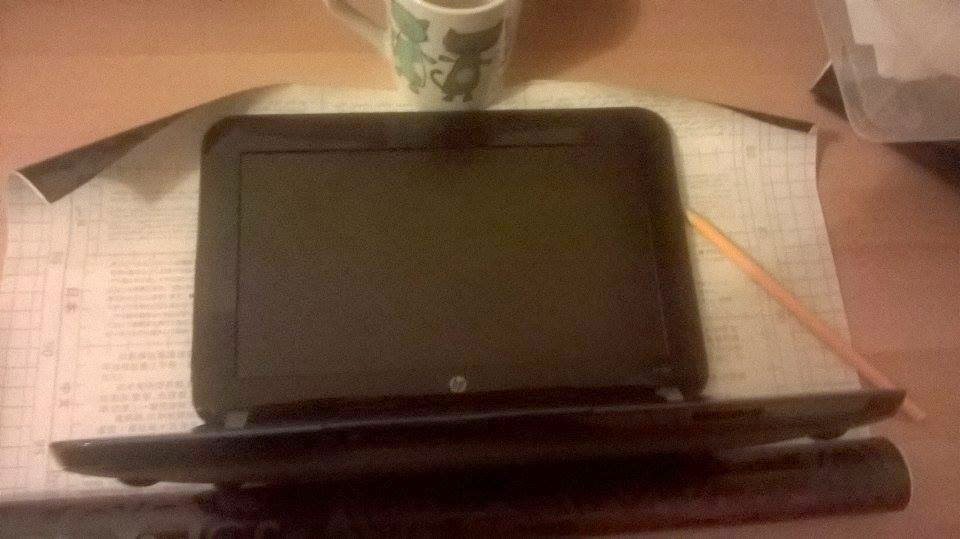 I love the final result of my new lid it looks magnificent, and  it has more of a Gothic appearance, I was after.  It will assist in protecting the front from further damage . 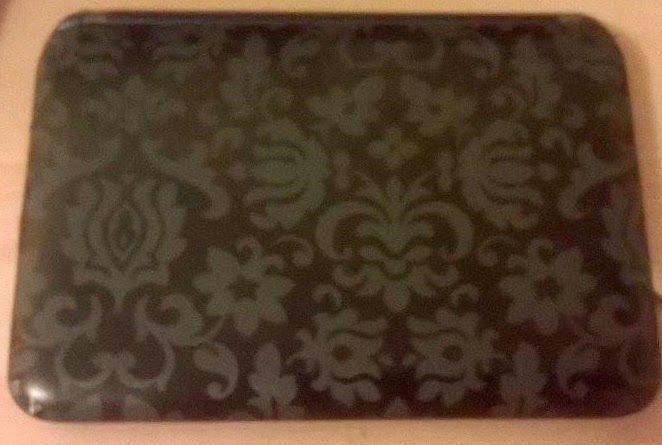