I love this Cathedral as it has a very usual interior, which incorporates Victorian  medieval and Gothic revival  styles. It's stunning to sit in and appreciate the glorious décor. I found I was lost in time in its beauty, despite the mismatching color scheme and different use of materials, such as wood and tiles. The contrasting interior scheme magnanimously works in the celebration of God and the followers of the Catholic faith. Personally, I am not religious, but I took great delight in walking around and admiring the building.


St Mary's Cathedral is the only Catholic Cathedral in Newcastle. It was built by the prominent Victorian Architect Augustus Welby Pugin, who is famous for designing the interior of the House of Parliament at Westminster. The Church was built in the early 1840's, . In Later years, the Dunn family contributed donations; that has paid for several stained glass windows and the steeple.


Here is a more in depth history of the church, in 1838, the local Catholic population in Tyneside held a meeting about building a second church, for the expanding Catholics population. In 1842, Fr. James Worsick and Fr. Williams raised £6,500 from the poorest of The Tyneside immigrant community, who donated halfpennies. Augustus Welby Puginn (b.1821- d.1852) was commissioned to oversee the building work.  In 1844, Bishop William Riddel along with the parish priest, performed a Ponitfact High Mass to celebrate the new church's opening.

After the reformation in the 16th Century, England and Wales Catholic churches were overseen by a temporary council of four Apostolic vicars  governed a lot of the country. In in 1850, the system of parishes and dioceses were reinstated. In 1850, the church was made into the Cathedral for the New Dioceses of Hexham and renamed the Diocese of Newcastle and Hexham in 1861.

In 2002/ 2003 there was extensive renovations this included building the new cloister, bookshop and cafe are  undertaken. The spires floor was lifted up, the Crypt was rediscovered. The Crypt was built in 1844 and was closed off in 1848; it contains the bodies of Bishop Ridell and Father William Fletcher, who died in chorea epidemic.

It was composed of the clergy house, the public memorial garden dedicated Cardinal Basil Hume, the cloisters, the coffee shop.


The Cathedral is most noted for its:

The needle work Spire, was built by Donations from Elizabeth Dunn, to build the tower and the steeple, designed by Dunn and Hansen.

Walls and floor tiles in the Gothic revival style 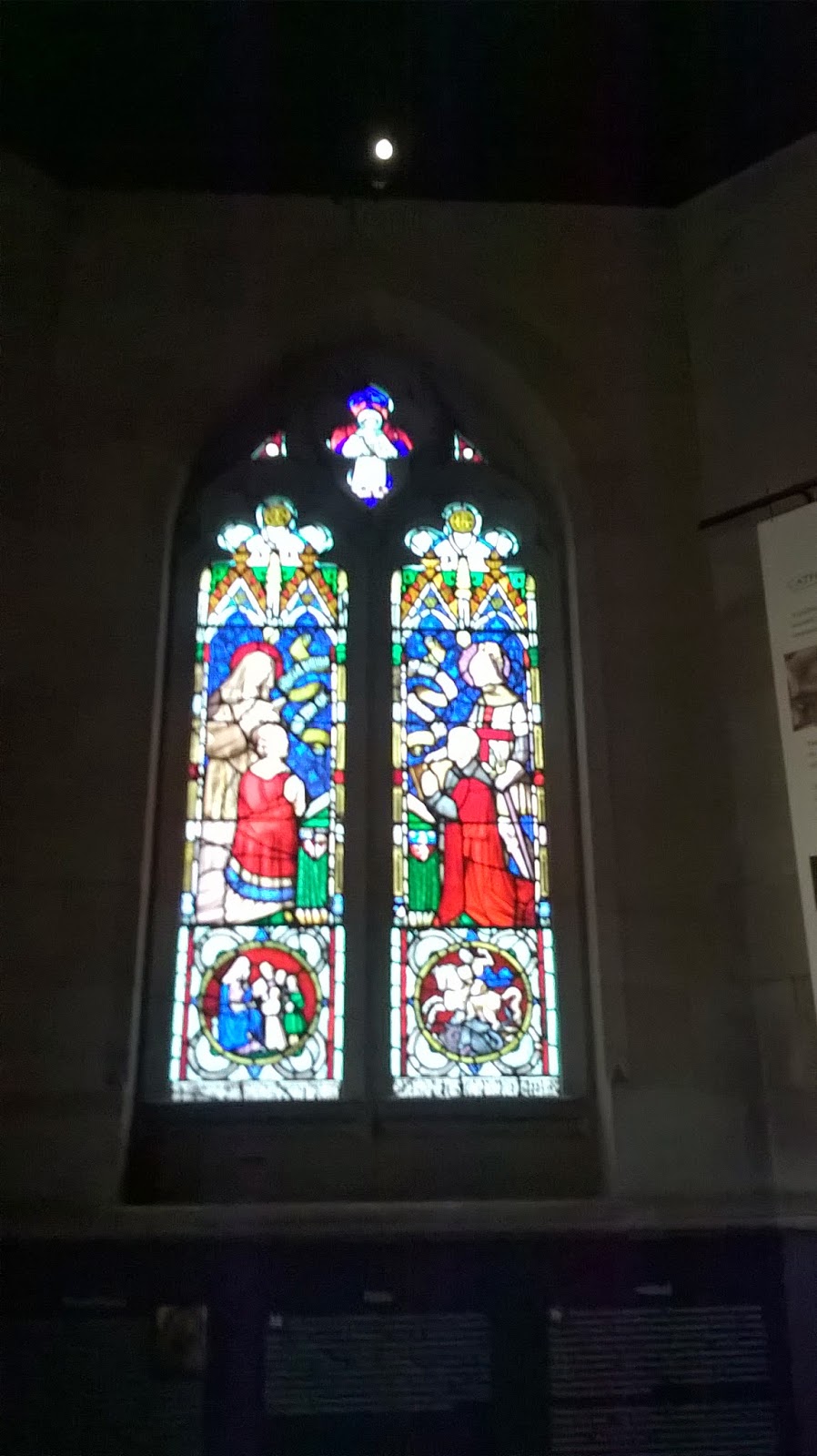 The fantastic organ and choir gallery,The Organ was installed in March 2013, by Keith Tickwell and Comapany; the pipes were carved by Keith German. The design accompanied Pugin's church deign. It sit in choir balcony found above the main entrance of the church.
;


All the information was provided and researched by the St, Mary's Cathedral organisation
at October 14, 2014

Email ThisBlogThis!Share to TwitterShare to FacebookShare to Pinterest
Labels: Cathedrals and Churches, Local place of interest